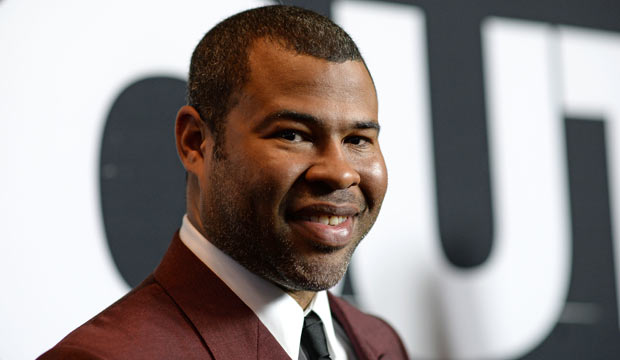 Jordan Peele made his directorial debut with “Get Out,” for which he also wrote the original screenplay. Ostensibly a horror film, this sly social satire is rising up our Oscar charts as it picks up a slew of precursor prizes. Peele won Best Screenplay from both the Gotham Awards and the Los Angeles Film Critics Association. He also claimed Best First Film from the New York Film Critics Circle. And “Get Out” contends for five prizes at the Independent Spirit Awards including Best Picture, Best Director, and Best Screenplay.

SEE 2018 Oscars scorecard: ‘The Florida Project’ and ‘Get Out’ are splitting regional critics awards

According to our Oscar experts, Peele is on the cusp of reaping an Oscar nomination for directing and is all but certain to be nominated for his original screenplay. Currently, he is favored to win that award and in so doing would be the first black screenwriter to do so. There have been only three black nominees in this Oscar category, with the first of these (Suzanne de Passe ) being 45 years ago and the last of these (John Singleton) was more than a quarter-century ago.

In 1972, with the Billie Holiday biopic “Lady Sings the Blues,” writer and music producer de Passe made Oscar history as the first African-American woman to earn an Oscar nomination for screenwriting. Nominated alongside co-writers Chris Clark and Terence McCloy, both white, the writing trio would fall short at the Oscars to Jeremy Larner and his screenplay for “The Candidate.” “Lady Sings the Blues” in fact lost on all five of its nominations, including in Best Actress, where leading lady Diana Ross was defeated by Liza Minnelli (“Cabaret”). De Passe, who went on to win two Emmy Awards as a television producer, remains the only African-American woman to date to have an Oscar nomination for screenwriting.

More than a decade later, filmmaker Spike Lee garnered his first, and to date only, Oscar nomination in screenwriting for “Do the Right Thing” (1989), his acclaimed ensemble piece about racial tensions on a sweltering summer day in Brooklyn. Lee’s film had a successful precursors run that awards season, earning Best Picture honors from the Chicago Film Critics Association and Los Angeles Film Critics Association, but was not so embraced by the academy. Besides Best Original Screenplay, its sole other nomination came in Best Supporting Actor (Danny Aiello). While Aiello lost to Denzel Washington (“Glory”), Lee fell short to Tom Schulman (“Dead Poets Society”).

Since “Do the Right Thing,” only two films directed by Lee have earned Oscar nominations. Leading man Denzel Washington and costume designer Ruth E. Carter garnered nominations for “Malcolm X” (1992), while Lee scored his second, and to date final, nomination for the documentary “4 Little Girls” (1997). None of these nominations produced wins, though Lee, in 2015, would secure an honorary Oscar for his contributions to cinema.

The most recent African-American nominee in Best Original Screenplay was writer/director Singleton, whose “Boyz n the Hood” (1991), focused on the lives of three black teens in South Central Los Angeles, also earned him the distinctions as the first black filmmaker ever nominated for the Best Director Oscar and the youngest-ever nominee in that category. Singleton would ultimately lose the directing trophy to Jonathan Demme (“The Silence of the Lambs”), with Callie Khouri (“Thelma & Louise”) triumphing in Best Original Screenplay.

With the exception of “Poetic Justice” (1993), which received an Oscar nomination in Best Original Song (for Janet Jackson’s “Again”), none of Singleton’s other films have earned Oscar recognition. He has, however, garnered Emmy nominations for both directing and producing.