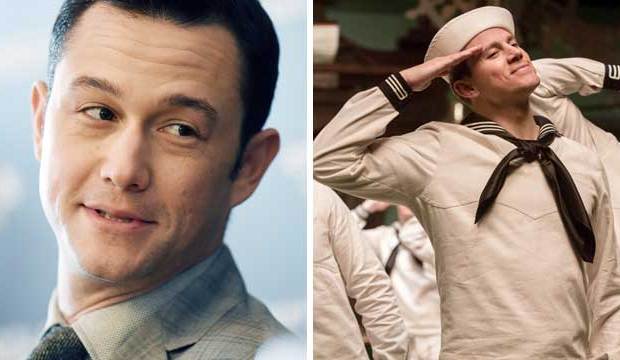 Joseph Gordon-Levitt is in talks to direct a new movie musical currently titled “Wingmen.” He’s already attached to act in the film opposite Channing Tatum, so the swoon levels may be high. Imagine if they could also cajole “La La Land” star Ryan Gosling into showing off his musical chops again — one can dream.

The film centers around two pilots who crash-land in Las Vegas, and sources tell our sister site Variety that it will be a cross between “Pitch Perfect” and “The Book of Mormon.” It wouldn’t be Gordon-Levitt’s first foray into directing. He previously helmed several short films before making his feature directing debut with “Don Jon” (2013), in which he also starred in the title role as a New Jersey man who must overcome his porn fixation to make his relationship work. He also directed an episode of “HitRECord on TV,” his multimedia series made with contributions from the show’s online community.

Gordon-Levitt and Tatum previously worked together in the films “Stop-Loss” (2008) and “G.I. Joe: Rise of the Cobra” (2009). Are you excited for them to share the screen again? Comment about their pairing below and join the discussion on this and more in our movie forum.

What was the best movie NOT nominated for Oscars in the 2010s? (Poll)

Is 'Hail, Caesar!' from Joel and Ethan Coen the first Oscar contender of 2016?

'Spotlight' at SAG Awards: Is it unbeatable for Best Film Ensemble?