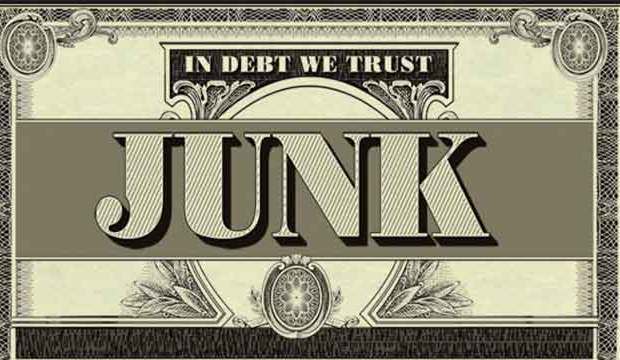 In 2013, playwright Ayad Akhtar won the Pulitzer Prize for “Disgraced,” which went on to bow on Broadway in 2014 and earn a Best Play nomination at the 2015 Tony Awards. His follow-up play, “Junk,” opened at Lincoln Center’s Vivian Beaumont Theatre on November 2. It chronicles the corruption of the mid-1980s on Wall Street through the rise-and-fall of Robert Merkin (Steven Pasquale), an ambitious trader based on financier Mike Milken. Critics were divided over Akhtar’s timely study of American capitalist greed.

Other critics did not react as positively. Joe Dziemianowicz (Daily News) calls “Junk” “accessible, but not illuminating or surprising,” “polished but lacks satisfying punch,” though he commends Hughes’ “crisp and fluid staging” and Pasquale’s “ruthless, unruffled” performance. Even less complimentary, Ben Brantley (New York Times) quips that the play “unfolds with the crispness and legibility of a conscientiously assembled spread sheet.” Though he notes that “Junk” does feature “classic popcorn elements of heavy-breathing financial melodrama,” he faults the production as “blandly directed,” calls Pasquale “miscast,” and laments that Akhtar’s dialogue “lacks its usual original snap.”

DISCUSS ‘Junk’ with Hollywood insiders in our notorious forums

Looking ahead to the 2018 Tony Awards, “Junk” could be a contender in a few key categories.  Pasquale, who has quickly become a mainstay of the New York theater scene, has yet to earn a Tony Award nomination and could certainly land his first for his well-lauded turn as the lead of the nearly two-dozen member ensemble. The director of the play’s large cast could certainly be in the awards conversation, too. In addition to the mostly-positive reviews Hughes received, he has had success at the Tonys in the past, with a win for directing “Doubt” and one previous bid. In the Featured categories, Lim received quite a few positive notices, but with so many contenders from “Junk” alone it might be hard for any one supporting player to break through for solo recognition.

“Junk” boasts a starry design team, including scenic designer Beatty, who has 15 Tony nominations and two wins (“The Nance,” “Tally’s Folly”), costume designer Catherine Zuber, who has 13 Tony nominations and six victories, most recently for the 2015 revival of “The King and I,” and two-time Tony nominated lighting designer Ben Stanton (“Spring Awakening,” “Fun Home”). With the exception of Beatty, though, none of the design elements received particularly attention and it seems likely that “Junk” misses out in the design categories.

Perhaps “Junk” will follow a similar trajectory as Akhtar’s “Disgraced” at the Tony Awards, which earned its one and only nomination in the Best Play category. Although it seems unlikely for a play to compete for the top honor of the theater season without any other nominations, it’s also the only category that acknowledges the playwright. If the Tony nominating committee wants to reward the acclaimed Akhtar’s ambitious new work, which received the admiration of most critics, they may select “Junk” as a Best Play nominee. Unlike “Disgraced,” though, which ran until March, just about two months shy of Tony nominations, “Junk” currently runs through January 7, 2018 only, leaving a much larger window of opportunity for newer works to steal its thunder.