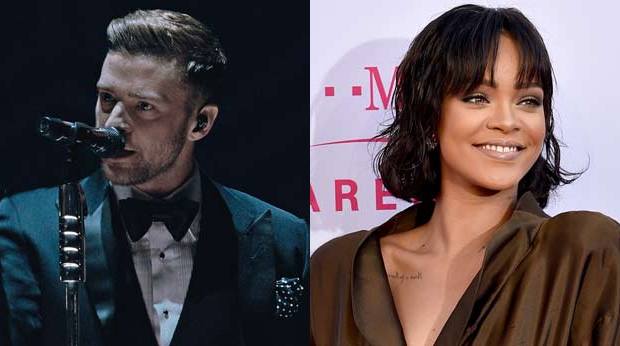 Justin Timberlake announced on Sunday, October 22, that he will be performing in the 2018 Super Bowl halftime show. Scroll down to see his video tweet announcement with his buddy Jimmy Fallon. How do you think he’ll do as headliner? We ran a poll not long ago asking who our readers thought should headline the event, and they were actually rooting for Rihanna.

This won’t be Timberlake’s first time performing at the biggest event of the year for TV and sports. He previously took part in the halftime show for Super Bowl XXXVIII back in February 1, 2004, so this will be his first time at the event in 14 years. But you probably still remember his last appearance even a decade-and-a-half later: that was the infamous year he accidentally exposed Janet Jackson‘s breast during their duet, leading to the coinage of the phrase “wardrobe malfunction.” That incident led the Federal Communications Commission to fine CBS more than half a million dollars, though that fine was voided by an appeals court.

I suspect most of the costumes will be thoroughly reinforced this time around, but since he has already performed at the halftime show once before, should they have gone with someone new? When we asked our readers about a number of possible candidates, Jennifer Lopez, Metallica, and Dave Matthews Band were among the suggestions named by our readers, but it was Rihanna who received by far the most support in our poll. And it’s easy to see why. She has released eight albums in 12 years and has had a whopping 14 number-one singles on the Billboard Hot 100 — and she’s not even 30.

Who do you think would have been a better halftime star? Vote in our poll at the bottom of this post to let us know.

Can Justin Timberlake's 'Man of the Woods' earn Grammy nominations despite tepid reviews, or be 'snubbed…

Justin Timberlake ('Man of the Woods') has the biggest first-week sales since Taylor Swift, but he's…