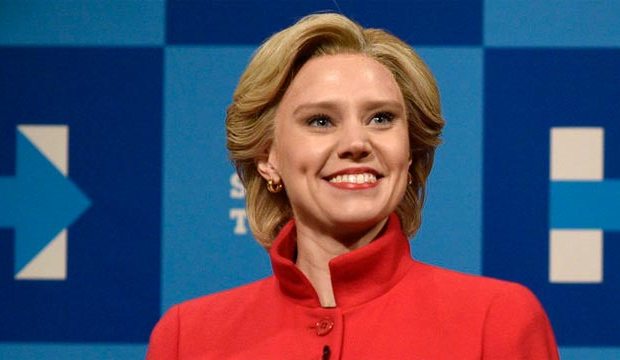 “Saturday Night Live” had a great weekend at the Creative Arts Emmys, claiming five prizes including Best Comedy Guest Actor (Dave Chappelle) and Best Comedy Guest Actress (Melissa McCarthy). That’s good news for Kate McKinnon, the defending champ for Best Comedy Supporting Actress and the overwhelming frontrunner to win again at the primetime telecast on Sunday, September 17. As of this writing she gets leading odds of 1/4, which translates to a whopping 80% chance of winning again. But her victory last year took us by surprise, so perhaps we should be wary of another upset.

The TV academy is especially fond of “SNL” this year with a whopping 22 nominations, more than any other program except “Westworld.” That includes a remarkable nine acting bids, more than any other program in any genre this year, which indicates especially strong support from the academy’s actors branch. And there’s even more reason to reward McKinnon this year since she was featured in some of the season’s most talked about sketches as news-makers Hillary Clinton, Kellyanne Conway, and more. Her Emmy submission was actually the episode Chappelle just won for hosting; it featured McKinnon as Clinton singing Leonard Cohen‘s “Hallelujah” following her surprise election loss to Donald Trump.

But under a new Emmy system anything is possible, and with the recently implemented plurality vote, it’s possible McKinnon could split votes with her fellow “SNL” nominees Leslie Jones and Vanessa Bayer, though vote-splitting didn’t hurt McCarthy or Chappelle over the weekend. McKinnon’s closest challenger according to our predictions is Judith Light (“Transparent”) with 10/1 odds, or an 8.8% chance of winning. Anna Chlumsky (“Veep”) is also a possible dark horse with 18/1 odds, or a 5.3% chance of winning. Neither Light nor Chlumsky has won a Primetime Emmy before, though Light is a two-time Daytime Emmy winner for her starring role in the soap opera “One Life to Live” (1980-1981).

Is McKinnon really such a safe bet? If not, who among her rivals do you think we’re underestimating?