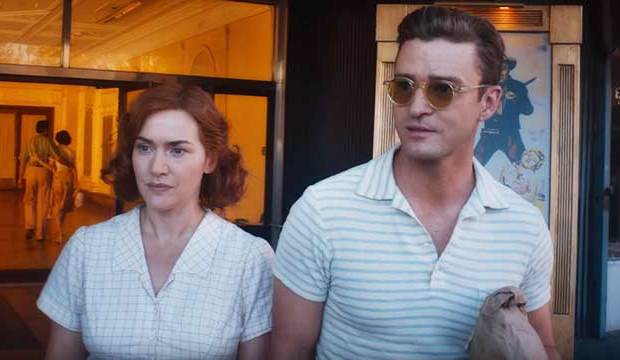 A even dozen actresses have earned Oscar nominations for their performances in Woody Allen movies. This year “Wonder Wheel” leading lady Kate Winslet could well be the lucky 13th to reap an Academy Awards bid. In Allen’s latest film, which premiered at the New York Film Festival and will be released by Amazon on Dec. 1,  Winslet plays Ginny, a down-on-her-luck waitress on Coney Island married to a carousel operator (Jim Belushi) who crosses paths with his estranged daughter (Juno Temple) as well as a charming lifeguard (Justin Timberlake).

The first of the 12 women to land an Oscar nomination for an Allen picture was Diane Keaton, who played an exaggerated version of herself in the 1977 Best Picture champ “Annie Hall.” Keaton won Best Actress while Allen claimed both Best Director and Original Screenplay.

The following year, Geraldine Page and Maureen Stapleton, both still Oscar-less at the time, were recognized for their turns as a depressed family matriarch and the family’s colorful new stepmother-to-be, respectively, in “Interiors” (1978). Neither actress prevailed, as Page fell short to Jane Fonda (“Coming Home”) in the Best Actress race while Stapleton lost Best Supporting Actress to Maggie Smith (“California Suite”). The two would find better luck in the following decade, as Page won the Best Actress prize for “The Trip to Bountiful” (1985) and Stapleton scored the Best Supporting Actress trophy for “Reds” (1981).

In 1979, while Allen’s “Manhattan” was not wholeheartedly embraced by the academy, the picture still managed to earn a Best Supporting Actress nomination for Mariel Hemingway, portraying Tracy, the 17-year-old girlfriend of Allen’s 42-year-old neurotic TV writer Isaac. Hemingway was ultimately not triumphant, losing to Meryl Streep (“Kramer vs. Kramer”).

Remarkably, the 1980s found only one actress receiving an Oscar nomination for an Allen film. That contender was Dianne Wiest, who won Best Supporting Actress for her turn as Holly, Hannah (Mia Farrow)’s struggling actress sister in “Hannah and Her Sisters” (1986). That was among three victories for the picture on Oscar night, as the film also took Best Supporting Actor (Michael Caine) and Best Original Screenplay.

The 1990s, on the other hand, were chock-full of acting nominees from Allen cinema. First, there was Judy Davis, nominated in Best Supporting Actress for her portrayal of one half of a couple embarking on divorce in “Husbands and Wives” (1992). In one of the all-time great, jaw-dropping Oscar upsets, Davis’s was among the four dramatic performances that lost to Marisa Tomei (“My Cousin Vinny”) for her comedic work.

Two years later, however, it was Allen’s nominees scoring the laughs. “Bullets Over Broadway” (1994) featured deliciously funny turns from Wiest, as stage diva Helen Sinclair, and Jennifer Tilly, as Olive, Helen’s dizzy, negligibly talented foe. Vote-splitting did not prove an issue as Wiest picked up her second trophy in Best Supporting Actress.

The following year, Best Supporting Actress went again to an Allen featured player as Mira Sorvino won her endearing turn as a hooker with a heart of gold in “Mighty Aphrodite” (1995).

Samantha Morton rounded out the decade with a Best Supporting Actress bid for her portrayal of a mute woman smitten with a talented but irresponsible musician (Sean Penn) in “Sweet and Lowdown”; she lost to Angelina Jolie (“Girl, Interrupted”).

Penelope Cruz won the Best Supporting Actress prize for her turn as the volatile ex-wife of a flirtatious painter (Javier Bardem) in “Vicky Cristina Barcelona” (2008).

Most recently, “Blue Jasmine” (2013) earned Best Actress and Best Supporting Actress nominations for Cate Blanchett and Sally Hawkins, respectively. Blanchett, as the emotionally fragile Jasmine, who moves in with her unpretentious sister Ginger, was triumphant on the big night. Hawkins, on the other hand, fell short to Lupita Nyong’o (“12 Years a Slave”).