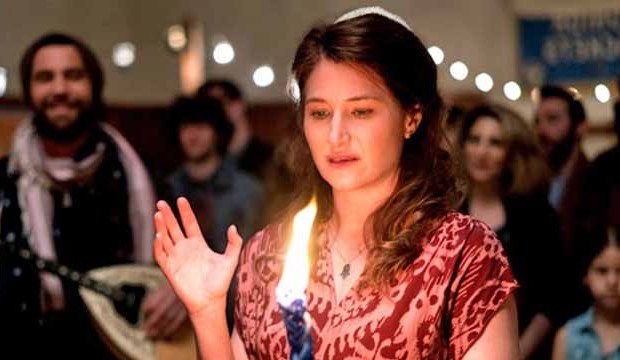 Gold Derby can exclusively reveal that Kathryn Hahn is entering the “Transparent” episode “Life Sucks and Then You Die” as her Emmy submission for Best Comedy Supporting Actress. This installment of the Amazon program streamed September 23 and was the 7th episode of the 3rd season. In this segment, Raquel (Hahn) experiences a spiritual crisis and has a vision of Sarah (Amy Landecker) as a demon. She is provoked into sex with Duvid (Kobi Libii), partially because she needs a big dose of unscripted passion. After Sarah’s continued selfishness, Raquel has an emotional meltdown out of frustration.

SEEKathryn Hahn (‘I Love Dick’): My character is ‘a loud, messy, contradictory roar of a woman’ [EXCLUSIVE VIDEO]

The reigning champ from 2016 in this category is Kate McKinnon (“Saturday Night Live”). For the 2017 ceremony, McKinnon returns along with first-timer Hahn. They are up against “SNL” cast members Vanessa Bayer and Leslie Jones, and returning nominees Anna Chlumsky (“Veep”) and Judith Light (“Transparent”).

Hahn celebrates her first major awards nomination this year. She has also been part of the Best TV Comedy Ensemble nomination for this show (2016) and the film “Captain Fantastic” (2017).