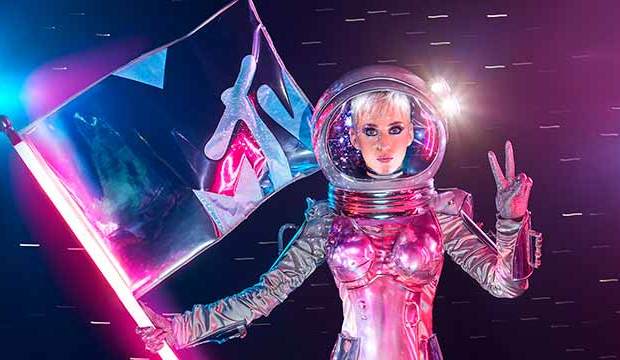 MTV announced the nominees for the 2017 Video Music Awards on July 25, and now they have announced their host: Grammy nominated singer Katy Perry will emcee the event for the first time. She’ll also perform, and she could clean up when the winners are announced live from the Forum in Inglewood, California, on Sunday, August 27 at 8:00 pm ET/PT.

Kendrick Lamar has the most nominations at this year’s VMAs with eight, but Perry is not too far behind with five. She’s nominated three times for her politically charged video “Chained to the Rhythm” with Skip Marley (Best Pop Video, Best Direction, and Best Visual Effects); once for “Bon Apetit” featuring Migos (Best Art Direction); and once for “Feels” with Calvin Harris, Pharrell Williams, and Big Sean (Best Collaboration).

We recently polled our readers asking who should host the VMAs. Controversial Golden Globes host Ricky Gervais was the clear favorite with 51% of the vote. A number of readers also thought Lady Gaga (16%) and Justin Timberlake (12%) would be ideal hosts. Perry wasn’t on our radar despite her strong VMA track record, but like Gaga and Timberlake she’s a showstopping live performer — they’re such good live acts that all three of them have headlined the Super Bowl Halftime Show.

Do you think MTV made the right choice for their marquee event? How do you think Perry will do on the VMAs stage? Vote in our poll below.

DISCUSSthe VMAs with Hollywood insiders in our notorious forums