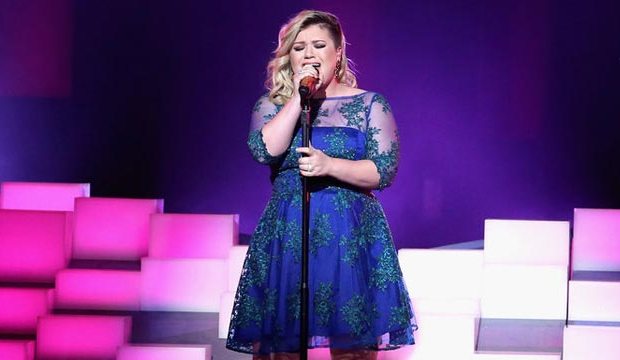 It has taken Kelly Clarkson 15 years to find her voice. She won “American Idol” in 2002 in that landmark show’s first season and has enjoyed more continued success than most performers from that show or any other singing competitions that have followed. After “Idol” she released seven albums with RCA Records during a period she described as “an arranged marriage that occurred that sometimes worked out and sometimes resulted in the hardest experiences of my life.” So her eighth album “Meaning of Life,” which was released on October 27 by her new label Atlantic, is kind of like her debut all over again.

“Meaning of Life” is also a critical hit, with a MetaCritic score of 74 as of this writing. That’s her highest rating to date. The “intimate, R&B-drenched” album is full of “confidence.” Its emphasis on soul is “euphorically liberated.” The production is “thoroughly modern,” blending “retro flourishes and crisp electronics.” And she “ushers in a more soulful phase with class.”

The new album won’t be eligible for Grammys until 2019 since it was released after the September 30 cutoff date, but she’s a contender this year for its lead single “Love So Soft,” which could earn her her second nomination for Record of the Year, following “Stronger (What Doesn’t Kill You)” in 2013. She could also win Best Pop Solo Performance, which she previously claimed in 2006 for “Since U Been Gone” when that category was split between female and male vocalists.

Check out some of the reviews for “Meaning of Life” below, and join the discussion on this and more with your fellow music fans in our forums.

Leah Greenblatt (Entertainment Weekly): “The intimate, R&B-drenched ‘Meaning’ circles those themes with a new kind of confidence, swinging from breezy finger-snap seduction on lead single ‘Love So Soft’ to full surrender on the smitten, take-me-to-church title track and the tender retro swoon ‘Cruel.'”

Isaac Feldberg (Boston Globe): “[It’s] Clarkson’s first album since being released from the RCA Records deal she signed after ‘Idol,’ and which she’s described as an ‘unhappy marriage.’ Here, she finally transitions from the anthemically angst-ridden pop-rock that’s thus far defined her sound to the euphorically liberated pop-soul that’s personally shaped her.”

Stephen Thomas Erlewine (AllMusic): “Switching labels gives Clarkson the freedom to pursue a different kind of music, an opportunity she seizes here by leaning hard into soul and R&B. Clarkson doesn’t entirely abandon adult-leaning pop … but there’s an undeniable soulful undercurrent on ‘Meaning of Life’ … the production on ‘Meaning of Life’ is thoroughly modern, a seamless hybrid of retro flourishes and crisp electronics.”

Hannah J. Davies (Guardian): “While the first single from this new album – ‘Love So Soft’ – is little more than ‘Candyman’-era Christina Aguilera with a hint of on-trend trap, there are plenty of strong and saleable tracks here … The strong, ’90s diva-ish mood suits Clarkson’s belting vocal style, as she ushers in a more soulful phase with class.”