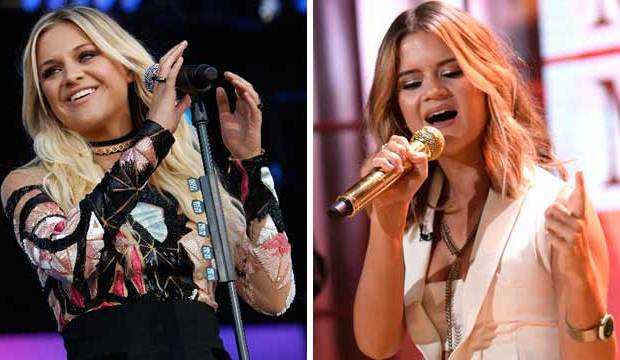 Best New Artist is often one of the most unpredictable categories at the Grammys. From its supposed curse befalling the careers of past winners, to changing eligibility rules, to the infamous revocation of the karaoke-superstar 1990 recipients Milli Vanilli, it’s easy for onlookers to pick the nominees and winners apart. This year’s finalists span rap (Chance the Rapper), country (Kelsea Ballerini and Maren Morris), dance (The Chainsmokers) and R&B (Anderson Paak). With no obvious frontrunner, we’ll have to take a closer look at the pros and cons of this year’s options.

WHY SHE’LL WIN: A win for Maren Morris would be right in the Grammys’ comfort zone
As a female country singer-songwriter, Morris is right at home as a Grammy nominee. With powerful pipes and a perspective just left of country’s mainstream, she’s is in the same family of recent BNA nominees as Brandy Clark and Kacey Musgraves. Her music is familiar enough to not scare voters away but current and progressive enough to excite them. Her lane to victory is the clearest among this year’s nominees, at least on paper.

WHY SHE WON’T WIN: Winning Best New Artist requires an element of crossover success
Morris had a breakout year in 2016 but her success hasn’t yet approached the massive crossover appeal of past general-field country winners like Lady Antebellum, Dixie Chicks, or Taylor Swift. It’s difficult for genre artists to win one of the top awards, and while Maren Morris’s nomination was relatively easy to predict, winning could prove more difficult. While her “SNL” performance was well-timed and effective, her name may not yet be recognizable enough to snag the award come February 12.

WHY SHE’LL WIN: It’s made-for-radio country music and it connected
Kelsea Ballerini had a great year on the country charts, becoming the first female artist to hit number-one with a debut single since former Best New Artist winner Carrie Underwood over a decade ago. The pop-country production of her music recalls early Taylor Swift, and Ballerini sells her lovelorn singles wonderfully. These comparisons to queens of country (though Taylor is now a full-blown pop star) may not just be coincidence – she could follow in their Grammy footsteps.

WHY SHE WON’T WIN: The head-to-head country battle may be too much to overcome
Just like Anderson Paak facing off against fellow hip-hop artist Chance the Rapper, it’s almost inevitable that Kelsea Ballerini will have a tough time winning Best New Artist while fellow country singer Maren Morris is gobbling up a good chunk of her votes. And while they are very different artists with different fan bases, it’s impossible not to directly compare them. Kelsea had the stronger year on the charts, but Morris’s mature brand of country is more in line with what voters respond to in the top categories.

Taylor Swift ('You All Over Me'): She teams up with Maren Morris for her latest flashback from…