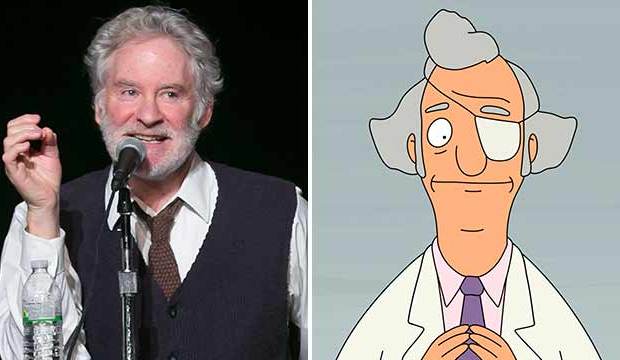 Kevin Kline has been working in the entertainment business for so long that it may be surprising he’s only been nominated for two Emmys. He contended for Best Movie/Mini Actor in 2009 for “Cyrano de Bergerac (Great Performances),” and now he’s up for Best Character Voice-Over Performance for his recurring role as Mr. Fischoeder in FOX’s “Bob’s Burgers.” That race might not be on everyone’s radar, but it’s significant because a victory for Kline would put him in the elite club of actors like Viola Davis, Geoffrey Rush, and Jessica Lange who are just a Grammy Award from EGOT (see more in the gallery at the bottom of this post).

Kline has been an Oscar and Tony winner for decades. The theater vet won his first Tony Award for his featured performance in the musical “On the Twentieth Century” in 1978. Then he won for his leading role in the musical “The Pirates of Penzance” in 1981. He won his third Tony 36 years later in 2017 for starring in the play revival “Present Laughter.”

He hasn’t been as regular a presence at the Oscars, but he didn’t need to be — the first time was the charm. He won Best Supporting Actor for the comedy “A Fish Called Wanda” (1988) on what is still his only nomination to date despite a film resume that also includes noteworthy films like “Sophie’s Choice,” “Dave,” and “In & Out.”

Now he’s nominated for voicing Mr. Fischoeder, the wealthy and eccentric landlord who owns the building rented by the title establishment in “Bob’s Burgers.” He has played the role since 2011, usually in brief appearances, but the episode he’s nominated for this year, “The Last Gingerbread House On The Left,” is primarily focused on his character, who asks his tenant Bob Belcher to help him with a strangely high-stakes gingerbread house competition against his rich friends.

The storyline is as gleefully absurd as it sounds, but it also gives Kline the opportunity to express vulnerability and insecurity as the usually aloof Mr. Fischoeder. And though Kline isn’t as well known for his voice-over work as some of his competitors like defending champ Seth MacFarlane (“Family Guy”) or Nancy Cartwright (“The Simpsons”), that didn’t stop Anne Hathaway from winning for a one-off “Simpsons” role in 2010. The other contenders this year are Dee Bradley Baker (“American Dad!”), Kristen Schaal (“BoJack Horseman”), and Mo Collins (“F is for Family”).

Do you think Kline will win? Now for the first time ever, Gold Derby is now offering you the chance to predict the Creative Arts Emmys as a separate event, including Best Character Voice-Over Performance! The two ceremonies for 2017 will be held in downtown Los Angeles on September 9 and 10. You can pick the winners for 24 categories now in our predictions center.

If you had already chosen such categories as guest acting, variety special, special class program, and reality host in the Primetime predictions event, those are no longer there. Simply jump into our new predictions event titled Creative Arts Emmys 2017 and make your picks there.