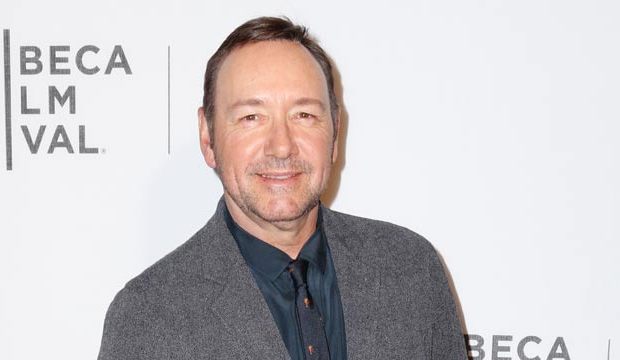 Kevin Spacey‘s sexual misconduct allegations may have resulted in his being fired from “House of Cards” by Netflix, but how much do you really know about the actor’s pre-scandal performances? Before producing and starring on Netflix’s political drama, Spacey won two Oscars for his film work: Best Supporting Actor for “The Usual Suspects” (1995) and Best Actor for “American Beauty” (1999). Both of these performances make our list of Spacey’s 12 best films of all time. See them all in our photo gallery above, or read our writer Tom O’Brien‘s descriptions below.

“Baby Driver” (2017)
In what is already one of Spacey’s very best films, Edgar Wright’s “Baby Driver” provides the actor with the plum role of Doc, a criminal mastermind, who is running a bank robbery ring that commits brazen thefts all over Atlanta. Doc has a process, never using the same configuration of lowlifes (including Jamie Foxx and Jon Hamm) on the same job. And Doc is unyielding in his defense of Baby (Ansel Elgort) whose driving qualities are questioned until the thugs actually ride with him. As with Baby, Doc can be fiercely loyal — until he is not. Then watch Spacey turn on the ice, slowly at first, but soon you will find that you’re the one frozen out, and that’s not good for your health. It’s an unexpected star turn that’s simply dazzling.

“Horrible Bosses” (2011)
Spacey resurrected some memories of his “Swimming With Sharks” character here as abusive boss David Harken, a psychopathic sadist who is absolutely tickled to have the chance to terrorize his underling Nick Hendricks (Jason Bateman, with whom Spacey displays a strong chemistry). Harken is the kind of boss, for example, who would dangle a promotion in front of Nick for months, only to give it, in the end, to himself. It’s such fun to see Spacey, who can be hilarious as a talk show guest, have the chance to cut up and make fun of his career of playing stern movie bosses. Spacey returned to the character in 2014 in the sequel, “Horrible Bosses 2.”

“21” (2008)
Ben Campbell (Jim Sturgess), a math major at the Massachusetts Institute of Technology, is having trouble financing his senior year. Enter MIT professor Nicky Rosa (Spacey) who, impressed with Jim’s prodigious math skills, invites him to join his “blackjack club,” which is largely a team of fellow students practicing “card counting” in order to beat the house. “21” marked one of Spacey’s first roles as a mentor to a young person to bring him over to the dark side, a role to which he will return frequently in his more recent career.

“Beyond the Sea” (2004)
“Beyond the Sea” was an incredibly personal project for Spacey. For the first time he directed the feature film and co-wrote it, as well as starring as singer Bobby Darin. Spacey lobbied hard for the role, but the Darin family initially though that he was too old to play Darin, reportedly picturing someone younger, such as Johnny Depp or Leonardo DiCaprio. Undaunted, Spacey took singing lessons from a former Darin collaborator. and he eventually won the family over with his upbeat take on Darin’s often-downbeat life. For his performance, Spacey received his fourth Golden Globe nomination, this time as Best Actor in a Musical or Comedy.

“The Shipping News” (2001)
Based on the popular Pulitizer Prize-winning book by Annie Proulx, “The Shipping News” stars Spacey as Quoyle, a lonely man still grieving the death of his wife, when his aunt Agnis Hamm (Judi Dench) invites Quoyle and his daughter to come move in with her at the ancestral family home in Newfoundland. There he finds a new job as an accident crime-scene reporter for the local newspaper and may have found a new love in local widow Wavey Prowse (Julianne Moore), who harbors some dark secrets of her own. For his performance as Quoyle, Spacey received his third Golden Globe nomination, this time as Best Actor in a Motion Picture Drama.

“American Beauty” (1999)
Spacey won his second Academy Award and first Screen Actors Guild Award for won a SAG this Sam Mendes film of an Alan Ball original script (Oscars all around, including the film as the year’s Best Picture). In this darkest of black comedies, Spacey portrays Lester Burnham, who is a very unhappy man living in the suburbs — he is unhappy in his job, unhappy with his family, particularly his driven realtor wife Carolyn (Annette Bening) and unhappy with his lot in life in general. Despite the lows of his life, Spacey never lets Lester be a total sad sack because he always exudes some hope. For his performance as Lester, Spacey also won a SAG Award for Outstanding Cast Ensemble and a Best Actor nomination from the Golden Globes.

“A Bug’s Life” (1998)
After a number of films where he played what some might call shady characters, when Pixar needed an actor to voice the villain in their new animated feature, “A Bug’s Life,” it’s no surprise that they turned to Spacey. He lends his oh-so-distinctive voice to the character of Hopper, leader of a gang of marauding grasshoppers, who use their strength and their numbers to extort food supplies from all other insects whom they encounter. Hopper is persuasive when he wants to be and extremely threatening when he needs to be. It’s a superb voice performance by Spacey, silky and sly, never tipping to the audience what Hopper’s next diabolical move might be.

“L.A. Confidential” (1997)
Twenty years after its release, “L.A. Confidential” remains one of Spacey’s most acclaimed films. Set in early 1950s Hollywood, “L.A. Confidential” focuses on a group of cops, some clean and some not, who work the Hollywood beat. Spacey plays narcotics detective Jack Vincennes, who is considered somewhat of a superstar in the department, not only for his investigative work but for his moonlighting job as a technical advisor on a popular TV cop show, “Badge of Honor.” It is there on the set where salacious rumors on Hollywood celebrities, info that he passes to Sid Hudgens, publisher of the gossip rag Hush-Hush. As part of the distinguished ensemble cast of “L.A. Confidential,” Spacey was nominated for his second Screen Actors Guild Award.

“Se7en” (1995)
In one of Spacey’s biggest hits, in “Se7en” he is known as John Doe, a psychopathic serial killer who, once he has selected his victims, tortures them and finally kills them in a grisly manner following one of the Seven Deadly Sins, such as greed, gluttony and lust. Hot on his trail are two detectives, hotshot newcomer David Mills (Brad Pitt) and about-to-retire veteran William Somerset (Morgan Freeman). The game of cat-and-mouse that John Doe plays with the two cops is delicious to watch, particularly because Spacey appears to be having such fun reveling in his villainy. Standing toe to toe with such screen greats as Pitt and Freeman brought Spacey up to their movie star level, and from this point, Spacey never looked back.

“The Usual Suspects” (1995)
Spacey received his first Academy Award on his first nomination in Bryan Singer’s twisty film based on Christopher’s Oscar-winning neo-noir screenplay. Spacey plays Roger “Verbal” Kint, a con artist with cerebral palsy, as well as Keyser Söze (it’s been out 22 years, spoiler police, so sue me), a powerful, almost mythic, Turkish crime lord who sees, knows and controls all things criminal. For much of “The Usual Suspects,” our sympathies are with the shy, palsy-stricken Verbal, but he way that he turns into Söze is completely visual and is pure cinema at its best. For his dual performance, Spacey received his first nomination for both the Golden Globe and the Screen Actors Guild Award.

“Swimming with Sharks” (1994)
Though an underperformer at the box-office (less than $400,000 US gross), George Huang’s dramatization of his time in Hollywood as an executive assistant has become surprisingly influential in the past two decades, not that least of which for the template that the film gave Spacey, who first tried out his overbearing mentor/boss character for the first time. Spacey’s movie mogul Buddy Ackerman is so horrible to his new assistant Guy, that it’s absolutely delightful to watch. The positive critical reception to “Swimming With Sharks” gave Spacey to confidence to try it again, which is has done so successfully in “21,” “Horrible Bosses” and “Baby Driver.”

“Glengarry Glen Ross” (1992)
Spacey really got thrown into the deep end of the pool in this, his first major film after his Tony-winning turn in “Lost in Yonkers,” where he had to share the screen with such Hollywood heavyweights as Al Pacino, Jack Lemmon, Alec Baldwin, Ed Harris and Alan Arkin. Not only was Spacey not intimidates — he thrived in the midst of such acting talent among his distinguished co-stars and rose to the occasion as office manager John Stephenson, who is very very picky to whom he gives leads on the potentially lucrative Glengarry housing development. For Spacey, “Glengarry” marked the real start to what was to become an acclaimed film career.