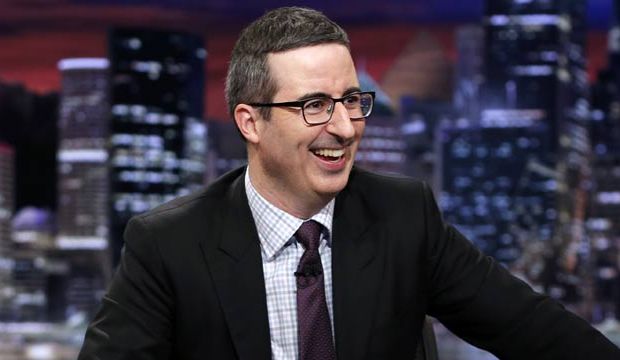 John Oliver took on Murray Energy CEO Robert Murray in the June 18 installment of his HBO show “Last Week Tonight with John Oliver” and taunted him about his company’s coal mining practices. The exec, who is pals with president Donald Trump, was not amused and is now suing Oliver and the show’s writers as well as HBO and its parent company Time Warner.

Murray filed a lawsuit on June 21 in the Marshall County, West Virginia circuit court. He alleges that the defendants “executed a meticulously planned attempt to assassinate the character of and reputation of Mr. Robert E. Murray and his companies.” Specifically, the suit makes mention of a 2007 incident in one of the company’s mines in Utah. Oliver said that the collapse came about due to man-made causes while the company claims it was the result of an earthquake.

The lawsuit isn’t a surprise to Oliver, who told viewers that Murray had sent a cease-and-desist letter in advance of the segment on last Sunday’s show. He then recounted Murray’s long history of suing those who report on his activities, including the New York Times.

Emmy predictions: 'Last Week Tonight with John Oliver' has a four-peat on lock

The return of the Emmy king? Past champ Stephen Colbert puts pressure on John Oliver for Best Variety…

John Oliver fires back at Stephen Colbert & Jimmy Kimmel's Emmy attack: 'I have to work all week to make…