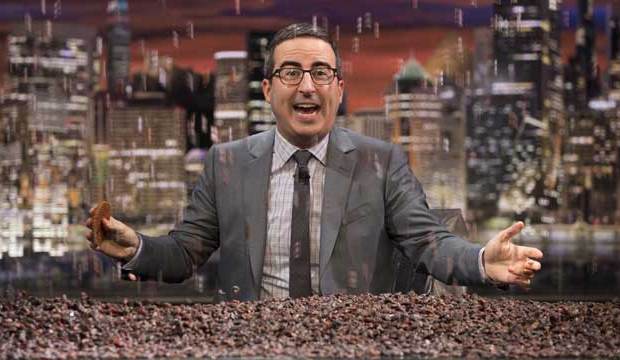 “Last Week Tonight with John Oliver” won two awards at this weekend’s Creative Arts Emmys, where the TV academy gave out most of its 2017 prizes (check out the complete list of winners here). The HBO political comedy won Best Interactive Program and Best Variety Picture Editing, both categories that it had previously won. And now it’s looking strong to repeat in the top category as well. As of this writing it gets leading odds of 2/3 to win Best Variety Talk Series for the second straight year. That translates to a 60% chance of prevailing. Do you agree?

In 2015 the TV academy split the variety category into sketch comedies and talk shows, and “The Daily Show” won the talk prize, likely as a way to honor Stewart for his last year on the show. His absence opened the door for John Oliver, another “Daily Show” alum, in 2016. But last year Oliver was the clear heir apparent to Stewart’s Emmy throne, whereas this year he faces competition from Colbert’s “The Late Show” and yet another “Daily Show” alum, Samantha Bee, for “Full Frontal.” Colbert and Bee could siphon votes away from Oliver, but enough for one of them to upset?

Bee is the stronger threat according to our predictions. She gets 7/2 odds, or a 22% chance of winning. It probably doesn’t hurt that Bee already won an Emmy at Creative Arts: Best Variety Special Writing for “Not the White House Correspondents’ Dinner,” an event in which “Full Frontal” raised money to benefit the Committee to Protect Journalists. Colbert’s “Late Show” follows with 13/2 odds, or a 13% chance of winning.

But what if the “Daily Show” alums cancel each other out with their political-leaning programs? We might be underestimating James Corden‘s “Late Late Show,” which is an underdog with 40/1 odds, or just a 2.4% chance of winning. Corden already beat Bee and Colbert over the weekend by claiming Best Variety Special for the second year in a row for “Carpool Karaoke.” What do you think?