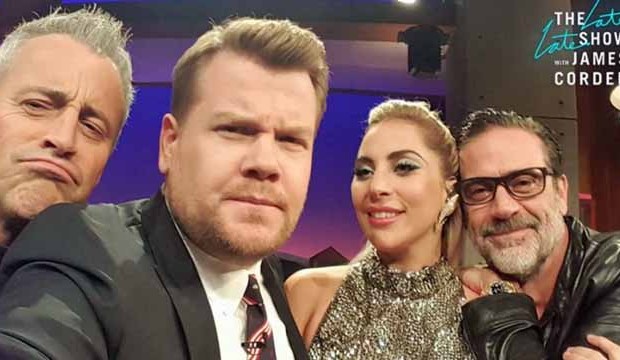 Gold Derby can exclusively reveal that “Late Late Show with James Corden” is entering the episode featuring guests Lady Gaga, Matt LeBlanc, and Jeffrey Dean Morgan as its Emmy submission for Best Variety Talk Series. This installment is the October 25 episode of the 3rd season for the CBS show. In this segment, host James Corden had a big score welcoming pop sensation Lady Gaga for Carpool Karoke. Later in the program she performs her single “A-Yo” with Reggie Watts and the “Late Late Show with James Corden” band. LeBlanc was a guest to promote his series “Man with a Plan,” and Morgan was there for “The Walking Dead.”

Corden is nominated in this category for the second straight year against last year’s champion “Last Week Tonight with John Oliver” plus “Full Frontal with Samantha Bee,” “Jimmy Kimmel Live,” “Late Show with Stephen Colbert,” and “Real Time with Bill Maher.” The show also has “Carpool Karaoke Primetime Special 2017” competing for Best Variety Special. Corden was host of the 2016 Tony Awards, so he is also part of that ceremony’s bid for Best Special Class Program.