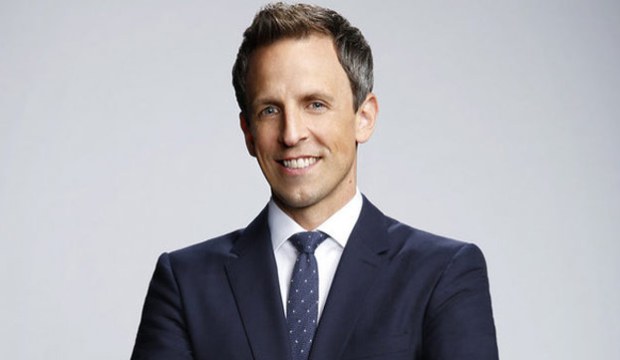 Could we be underestimating Seth Meyers at the Emmys? Once Jimmy Fallon left “Late Night” in 2014 for the coveted spot on “The Tonight Show” one hour earlier, Meyers took over his spot, and he’s been making a name for himself with his political commentaries in the age of Donald Trump. But can he break through with an Emmy nomination in the crowded race for Best Variety Talk Series? Every single one of his “Late Night” predecessors made the cut.

We’ve polled a number of Experts from various top media outlets, and As of this writing Matthew Jacobs (Huffington Post) is the only one predicting a nomination for “Late Night with Seth Meyers” for Variety Talk Series. But the other Experts are actually going against history.

In 1993 Letterman handed the reins of “Late Night” to Conan O’Brien, a relative newcomer as an on-screen personality after working as a writer on “The Simpsons” and “Saturday Night Live.” It took him a few years to find his footing, but he had time to hone his craft, hosting “Late Night” for 16 years. He didn’t earn his first nomination for Best Variety Series until 2003 — 10 years after he got started, but then he earned five nominations in a row (2003-2007). He left “Late Night” in 2009 for a short-lived stint on “The Tonight Show” that lasted eight months before his dramatic fallout with NBC led to his ouster. His “Tonight Show” earned him a single nomination in the top category (2010), after which he received one nom for his subsequent TBS talk show “Conan” (2011), which he’s still hosting and eligible for this year.

After the O’Brien controversy, Jimmy Fallon took over “Late Night” in 2009 and held the post for just five years before his own promotion to “The Tonight Show,” but in that short time he earned a trio of nominations for Best Variety Series (2011-2013), followed by another three bids for his “Tonight Show” (2014-2016). In those last two years he was nominated for Best Variety Talk Series since talk shows were separated from sketch comedies in 2015.

So it stands to reason that Meyers will find his way into the Emmy race. He could get there quickly like Letterman and Fallon did, or he could pay his dues before finally getting the TV academy’s seal of approval, like O’Brien. What do you think of Seth Meyers’s chances? Watch our recent interview with Meyers below.