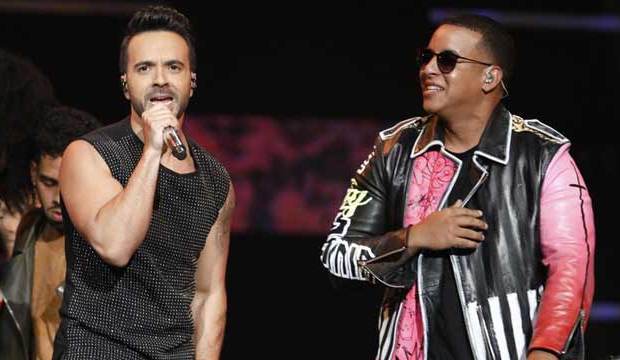 At the Latin Grammy Awards on Nov. 16, the worldwide hit “Despacito” dominated, winning all four of its bids: both Record and Song of the Year as well as Best Urban Fusion Remix and Best Short-form Music Video. Its singers, Luis Fonsi and Daddy Yankee, are from Puerto Rico and paid tribute to their beleaguered home as did many of the evening’s winners.

Lin-Manuel Miranda, the Tony-winning creator of the smash hit musical “Hamilton,” was feted with the academy’s highest honor, the President’s Merit Award. He took his time onstage to shine a spotlight on Puerto Rico and to call for action.

The Grammys person of the year, Spanish singing star Alejandro Sanz, delivered a heartfelt plea for tolerance by the Trump administration of the “Dreamers,” children brought to the US illegally who are now young adults. He then sang his 2004 hit tune “Corazón Partío” accompanied by a chorus of these immigrants.

Winners of the 18th annual edition of these awards were announced tonight during a live three-hour ceremony at the MGM Grand Garden Arena in Las Vegas that aired on the Univision Network and was hosted by Jaime Camil and Roselyn Sánchez.

For the complete list of winners visit the official website at LatinGRAMMY.com. Nominations were culled from nearly 10,000 submissions across 48 categories that were released during the eligibility period (July 1, 2016 through May 31, 2017).

DISCUSS the Latin Grammys with music insiders in our notorious forums