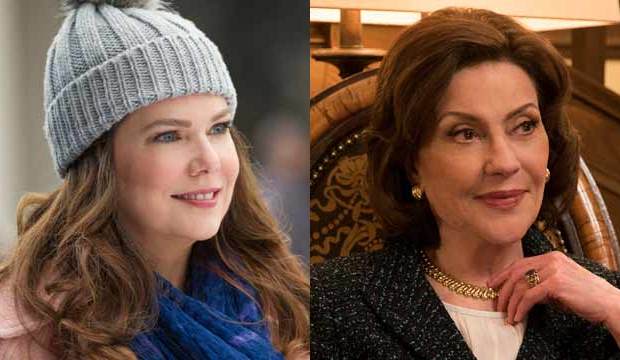 For seven years, from 2000 to 2007, fans of “Gilmore Girls” watched in disappointment as Lauren Graham and Kelly Bishop were ignored time and time again by the Emmys for their incredible turns as Lorelai Gilmore and her mother Emily, respectively, on the WB series.

Their absence at the Emmys was in spite of Graham netting a Golden Globe nomination and two Screen Actors Guild Award nominations for her work. While Bishop never made an appearance at either of those ceremonies, she is hardly a stranger to awards recognition, having won a 1976 Tony Award for Best Featured Actress in a Musical for “A Chorus Line.”

But this year the Emmys have a chance to redeem their egregious slights of Graham, Bishop and all things “Gilmore Girls” by recognizing the Netflix revival of the series, “Gilmore Girls: A Year in the Life,” which premiered last November, more than nine years after the show originally went off the air.

Dish ‘Gilmore Girls’ with Hollywood insiders in our notorious forums

While neither actress was honored at this past year’s Golden Globes or SAG Awards, where they were eligible for consideration, there is still plenty for Emmy voters to take notice of in the program, which consisted of four 90-minute episodes, one for each season of the year: “Winter,” “Spring,” “Summer” and “Fall.”

Much of the revival focuses on how the recent death of family patriarch Richard (portrayed in the series’s initial run by the late, great Edward Herrmann) has affected both mother and daughter. Emily draws Lorelai into starting therapy with her and is eventually able to accept Richard’s death and make positive changes in her life. For her part, Lorelai is not only reeling from her father’s passing but also a conflict with her own daughter Rory (Alexis Bledel), whose idea to write a book about their relationship does not sit well with Lorelai.

‘Gilmore Girls’ Photos: Top 24 Best Moments from ‘A Year in the Life’

“A Year in the Life” is not perfect, but that hardly prevents Graham and Bishop from delivering their usual masterful performances. Both are in top dramatic form here but have moments of great, often hilarious levity too.

Of the two actresses, Maureen Ryan (Variety) wrote, “Graham and Bishop in particular are masters of imbuing their evasive characters with layers of pain, yearning and compassion.” David Nemetz (TVLine) chastised the Emmys’ snubbing of the series and its performers, then added that “it’d be a high crime if these actresses weren’t recognized this time around. (Bishop, especially, is long overdue for a Supporting Actress nomination.) Balancing witty repartee with gut-wrenching conflict isn’t easy, but they make it look effortless. Losing the late Edward Herrmann as Richard was a devastating blow, both to the characters and the series, but the trio of Graham, Bledel and Bishop really do him proud by shining here.”

Daniel Fienberg (Hollywood Reporter) was also effusive in his praise of the two stellar performers: “Graham and Bishop are particularly excellent when they get to butt heads over honoring Richard’s legacy, both Emmy-snubbed actresses bucking for recognition now that ‘Gilmore Girls’ will find itself in the movie/miniseries awards category.”

Emmy spotlight: Back in guest, 'The Handmaid's Tale''s Alexis Bledel deserves a bid for her…

Lauren Graham is (probably) coming to 'The Marvelous Mrs. Maisel,' so maybe she'll finally get an Emmy…

Lauren Graham Emmy snub: Everyone from Stars Hollow earned 2018 nominations, but STILL no love for…