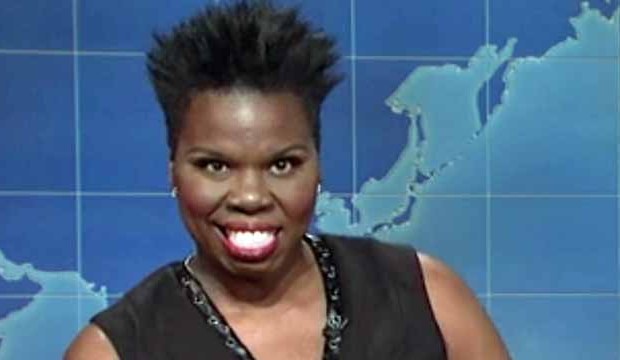 Gold Derby can exclusively reveal that Leslie Jones is entering the “Saturday Night Live” episode hosted by Tom Hanks as her Emmy submission for Best Comedy Supporting Actress. This installment of the NBC program aired October 22 and was the 4th episode of the 42nd season. In this segment, Jones appears as a contestant on “Black Jeopardy” and rants on “Weekend Update” about her computer hack that summer.

SEEBET Awards: Watch Leslie Jones do opening monologue and rate her as host

Her “SNL” co-star Kate McKinnon is the defending champion for this category at the Emmys. For this year’s race, they are taking on “SNL” cast member Vanessa Bayer, returning nominees Anna Chlumsky (“Veep”) and Judith Light (“Transparent”), and rookie contender Kathryn Hahn (“Transparent”).

Jones began her “SNL” career as a writer and was part of that show’s WGA Awards nomination in 2015. This Emmy bid is the first major awards success for Bayer in her career. She hosted the BET Awards this summer and has appeared in such films as “Top Five,” “Trainwreck,” “Ghostbusters,” and “Masterminds.”