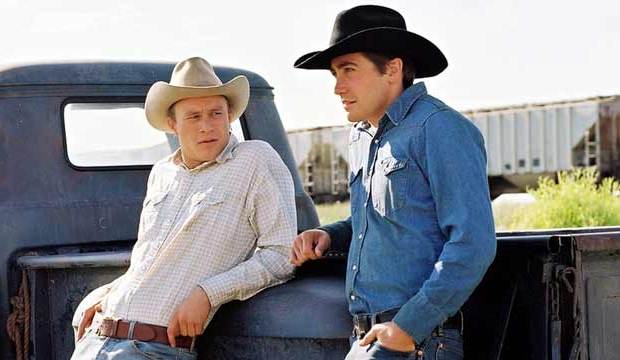 Many Americans celebrated LGBT Pride over the weekend, so we asked our readers to weigh the merits of the two films that made arguably the biggest impact at the Oscars for LGBT representation: “Brokeback Mountain” (2005) and “Moonlight” (2016). Both films won three Oscars, and both were involved in shocking Best Picture upsets, though in opposite ways. “Brokeback” was the frontrunner but lost to “Crash,” while “Moonlight” was the underdog but ultimately defeated “La La Land,” becoming the first LGBT film to win the academy’s top honor. But even though “Moonlight” won the top prize, our readers strongly preferred “Brokeback.”

As of this writing almost three-quarters of our readers (73%) feel that Ang Lee‘s romantic drama about two Wyoming shepherds who fall in love (Heath Ledger and Jake Gyllenhaal) is their favorite. The other 27% back “Moonlight,” directed by Barry Jenkins and telling the story of a young black man coming of age and coming to terms with his sexuality in Miami. But that doesn’t tell the whole story. Some of our readers told us they loved both films, while other readers actually disliked both. Read some of their comments below, and check out the complete poll results and our gallery of 20 other Oscar winning LGBT films at the bottom of this post.

Cat: “‘Moonlight,’ of course. One of my favorite movies ever. Very real, very raw. Loved it. I’ve seen all the 2017 Oscar movies and it deserved the Oscar.”

Tallsonofagun: “I loved ‘Moonlight,’ but ‘Brokeback Mountain’ affected me in ways that I can’t explain. I really do think it’s the greater film. As a gay man, I would have probably voted for ‘La La Land’ over ‘Moonlight,’ but there is no doubt about ‘Moonlight’s’ quality or emotional resonance. ‘Brokeback’ just destroyed me emotionally and that’s why I think it is the better film.”

Luis: “‘Brokeback Mountain’ is without a doubt the superior film and the greatest story, its characters leave an impact on you, ‘Moonlight’ does not although some acting was strong.”

Brandon J: “There is no need to determine which is best. This ‘best-itis’ is so ridiculous. Both films can be embraced, and both should be embraced along with ‘Pariah’ and numerous others, many of which deserved Oscar noms and didn’t get them.”

Patrick Brassell: “I found them both dull and un-moving. ‘Brokeback’ has a lead character who is so morose and stolid that I couldn’t believe that anyone could fall in love with him, and the movie is just plain boring from beginning to end. ‘Moonlight’ has a great idea for a story, but the director does everything he can to drain the emotions from the characters, keeping us remote from them.”

Mark S: “Both movies successfully deliver that deep underlying fear we carry for just wanting to be who we are and love freely. ‘Brokeback Mountain’ leveled me in ways I to this day still cannot put into words. Be that as it may, ‘Moonlight’ is another breakthrough home run, and I’m overjoyed it gives us a happy and hopeful ending.”