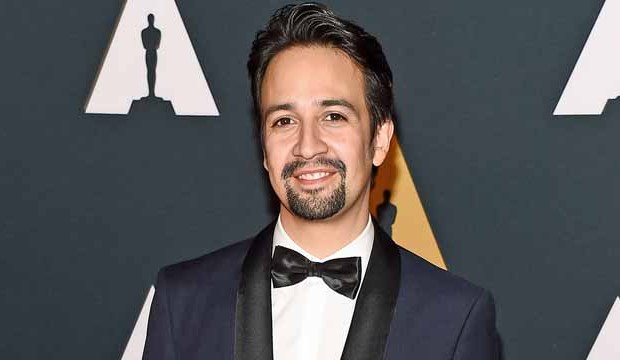 If Lin-Manuel Miranda wins Best Song at the Oscars next Sunday for “How Far I’ll Go” from “Moana,” he will become the youngest EGOT winner in history at age 37. Robert Lopez, the most recent of the 12 versatile talents to pull off this grand slam, had just turned 39 when he won his Oscar for “Let It Go” from “Frozen” in 2015.

Miranda won his first Tony in 2008 for the score of “In the Height” and picked up his first Grammy a year later for the cast recording (he repeated in both those races for “Hamilton” last year, also winning a Tony for Best Book of a Musical). He won an Emmy in 2014 for writing a number, “Bigger!,” that had been performed on the 2013 Tony Awards.

He is currently filming “Mary Poppins Returns” in London but will jet west to be at the Oscars, where he is slated to perform “How Far I’ll Go” with Auli’i Cravalho who gave voice to the title character in this Disney toon. Speaking to our pal Cara Buckley (who posts as the Carpetbagger at the New York Times), Miranda admitted, “The best way to not get an EGOT is to set your sights on it. I knew about it early, because I remember reading that Rita Moreno, the patron saint of Puerto Rican kids, had won all four prizes.”

Standing the way of the EGOT for Miranda is Best Picture frontrunner “La La Land,” which reaped two song nominations — “Audition (Fools Who Dream)” and “City of Stars.” That latter tune is widely predicted to take this race. However, we could be underestimating the potential of Miranda to pull off an upset.

He could well ride the wave of good will that he generated with “Hamilton” to a win. And an Oscar oddity could work in his favor. No musical with multiple song nominations has won the category since “The Lion King” in 1995, when “Can You Feel the Love Tonight” took that award over “Circle of Life” and “Hakuna Matata.”

The last film with multiple Best Song bids to win this race was “Slumdog Millionaire” in 2008. That Best Picture champ won for “Jai Ho” over its other offering “O… Saya.” There was no musical film in contention in that three-nominee lineup, as “Wall-E” was the only other film in contention.