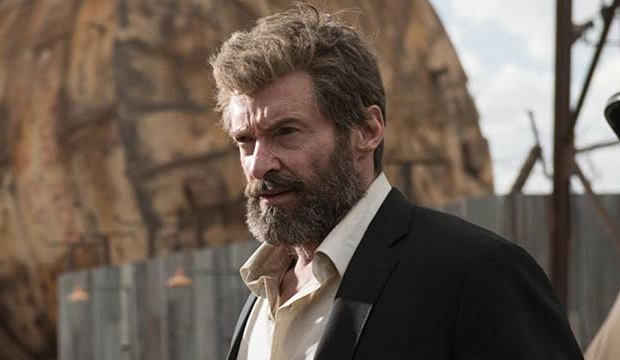 “Logan” marks the ninth time Hugh Jackman has donned Wolverine’s adamantium claws on film. The “X-Men” movies have never been major awards season players, but could sentiment for Jackman’s final Wolverine performance make this intimate superhero tale an awards player at the 2018 Oscars? Vote in our poll below.

Critics have come out in support of the film. And with a 94% certified fresh rating, it is currently the highest rated movie in the “X-Men” franchise on Rotten Tomatoes. Sandy Cohen (Associated Press) claims the film “packs an emotional wallop you don’t typically expect from a comic-book movie … ‘Logan’ is a family drama, an action thriller and an epic superhero story. If this is indeed Jackman’s last Wolverine film, he’s going out in heartfelt, high-class style.”

Though the Oscars are not usually fond of superhero flicks, Chris Klimek (NPR) declares, “’Logan’ is unlike any capes-and-tights movie we’ve seen. It does for the creaky X series what ‘Creed’ did for the ‘Rocky’ cycle, restoring the integrity and emotion of the earliest installments while introducing talented new blood.” “Creed” isn’t the only film of Oscar pedigree with which “Logan” is compared to. “It’s ‘Unforgiven’ with claws,” asserts Jonathan L. Fischer (Slate). “It is not a superhero flick as we have come to know the genre but a road movie and a Western, one that plays with the myth of the aging cowboy.”

Thus far, the “X-Men” franchise hasn’t exactly performed like “Unforgiven” at the Oscars. Its first nomination came in 2015 when “X-Men: Days of Future Past” earned a Visual Effects nomination. This year’s “Deadpool” came within striking distance of the Academy Awards. The Ryan Reynolds spinoff earned Golden Globe nominations for Best Picture (Comedy/Musical) and Best Actor (Comedy/Musical), before showing up on the WGA, DGA and PGA nominations lists. “Deadpool” was shortlisted by the Oscar for Best Makeup and Hair, though it ultimately failed to land a single nomination.

“Logan” could build on momentum from “Deadpool.” Hugh Jackman is a past Oscars host and nominee (“Les Miserables”), and passion for his final outing could bring the star to the Golden Globes’ Best Actor lineup. Given that Jackman is one of the most charming men in Hollywood, perhaps he can pull the film along with him. The almost-post-apocalyptic setting is sure to spark the interest of below the line guilds. So nominations in Visual Effects, Production Design, Sound Editing and Sound Mixing should not be ruled out.

And if the critics’ comparisons to “Creed” hold water, Patrick Stewart could follow Sylvester Stallone‘s example and turn into a real contender for Best Supporting Actor. At age 76, the legendary thespian has never been nominated for an Oscar, though he boasts three Golden Globe nominations. Like Jackman, Stewart has been with the franchise from the very start. His portrayal of Professor X at the end of his life could provide the gravitas needed to win over voters. Stewart and Jackman have created pop culture icons with their roles, and it stands to reason their film should be remembered come awards season.

Patrick Stewart ('Star Trek: Picard') on finally returning to his iconic role: 'I would have been a fool…