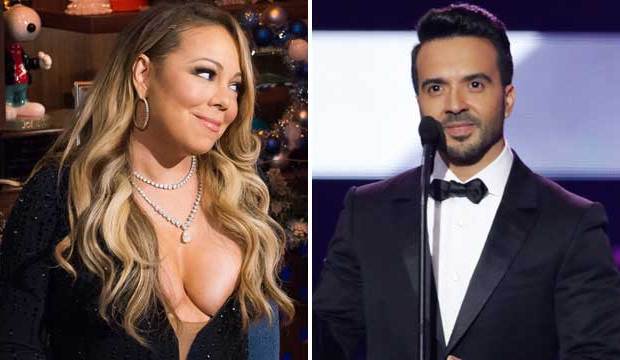 On Monday, August 28, Billboard announced that history had been made: “Despacito” by Luis Fonsi and Daddy Yankee featuring Justin Bieber was number-one on the Hot 100 singles chart for the 16th week, tying the all-time record held by “One Sweet Day,” the duet between Mariah Carey and Boyz II Men that topped the chart for as many weeks from 1995 to 1996. But which song is better? We asked our readers, and they’re on Team Mariah: three-quarters of them (75%) prefer “One Sweet Day.” Check out the complete poll results at the bottom of this post.

“One Sweet Day” was released as the second single from Carey’s fifth studio album, “Daydream,” following the lead single “Fantasy,” which also hit number-one in 1995. At that time, Carey and Boyz II Men were both Billboard juggernauts, so it makes sense that their efforts powers would produce a record-breaking single. Boyz II Men actually held the record for the longest running number-one hit before “One Sweet Day”: their “I’ll Make Love to You” spent 14 weeks on top in 1994, tying Whitney Houston‘s “I Will Always Love You.” And since “One Sweet Day,” Carey achieved the record for the most number-one singles for a female artist (18 to date).

After the success of “One Sweet Day,” which went on to earn a Record of the Year nomination at the Grammys, a number of singles reached 14 weeks at number-one — most recently “Uptown Funk” by Mark Ronson and Bruno Mars — but they all fell by the wayside until “Despacito” hit the 16-week mark 21 years later. It doesn’t look like “Despacito” will retain the number-one spot in the face of Taylor Swift‘s new single, “Look What You Made Me Do,” but it’s also possible that “Despacito” will rebound and lock in a record-breaking 17th week on top after Taylor-mania dies down.

What do you think? Are you content with a tie, or would you like to see “Despacito” overtake “One Sweet Day” in the coming weeks? You can keep voting in our poll here, and join the discussion on this and more with your fellow music fans in our forums.