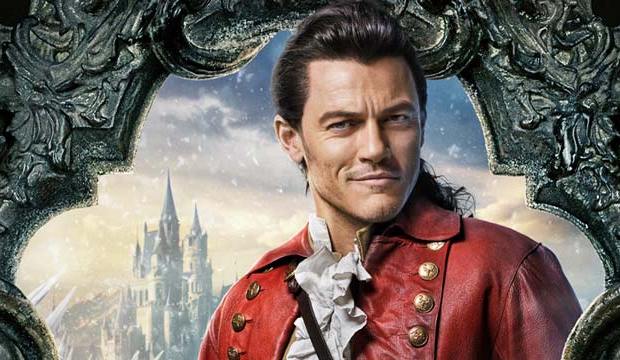 Luke Evans‘s favorite thing about working with Emma Watson in the upcoming live-action remake of Disney’s “Beauty and the Beast” was “watching her make the role her own. she put her fearless stamp on Belle and it works phenomenally.” He answered that and more for fans on Entertainment Weekly’s Tumblr page on Friday, March 3. The film opens on March 17.

Evans plays Gaston, an egotistical hunter who pursues Belle (Watson) and stands in stark contrast to the Beast (Dan Stevens), who is fearsome on the outside but ultimately kindhearted on the inside. “I took a lot from the animation,” Evans explained about adapting the character from the 1991 animated musical. “He is such a well written villain. I love the animated version so much. I just expanded on that and added more depth and layers to him and his relationship with [his sidekick] LeFou.”

The actor got his start on London’s West End in a number of musicals including “Rent” and “Miss Saigon,” and “musical theater has never left my blood,” he says. “I was waiting for the right project to be able to marry my theater background with my film career. This movie was it!!! My favorite scene was the tavern ‘Gaston’ number. We had such a laugh during those days.”

Read more of Evans’s Q&A here. And join the discussion on this and more in our movies forum.

Oscars tragically snub 'Coco' for Best Picture nomination: Why do they hate animated films so…