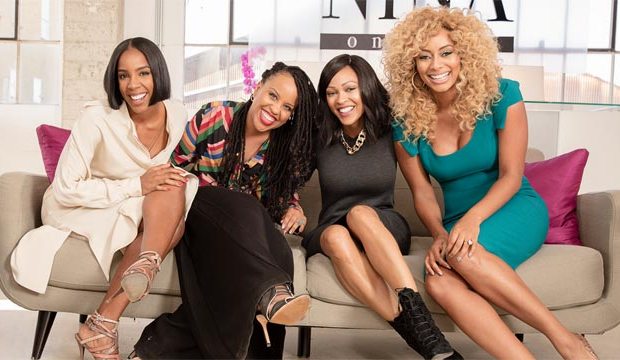 The Make-Up Artists & Hair Stylists Guild set out to honor on-screen achievements from 2016 when they announced the nominations last week for the 10th annual MUAHS Awards, but one nominated television program did not air within that eligibility period. Nominated for Best Movie/Mini Contemporary Makeup, “The 10th Date” (which has since been renamed “Love by the 10th Date”) is not scheduled to air until January 28, 2017.

After Gold Derby inquired about the nomination, we received word from the guild’s awards committee “that ‘The 10th Date’ did not air in a timely manner to qualify for the award nomination and therefore is being rescinded.” After working for over a decade in the industry, it was the first nomination from any group for both makeup department head Dionne Wynn and key makeup artist Stephanie Bravo.

The makeup guild issued a revised list of their nominations press release this week, in which “The 10th Date” is no longer listed and its category now has four nominees instead of the standard five. The press release also revealed that two further nominations had been disqualified and replacements were named in both categories. “Drunk History” replaces “Stranger Things” in Best Series Period/Character Makeup, although “Stranger Things” retains its previously announced nomination for Best Series Period/Character Hairstyling. And “Killing Reagan”  replaces “The Rocky Horror Picture Show: Let’s Do the Time Warp Again” in Best Movie/Mini Period/Character Hairstyling, but “The Rocky Horror Picture Show” retains its nomination for Best Movie/Mini Period/Character Makeup.

This is the fifth time in the past six months that a nomination has been rescinded after an inquiry from Gold Derby. In July, the Emmys stripped Peter MacNicol (“Veep”) of his Best Comedy Guest Actor nomination because he appeared in too many episodes to qualify in that category; replacement nominee Peter Scolari (“Girls”) went on to win in September. In November, the Critics’ Choice Awards rescinded the nomination of Mandy Patinkin (“Homeland”) for Best Drama Supporting Actor bid as the show had not aired in the eligibility period; Michael McKean (“Better Call Saul”) replaced him. Two weeks later, the Satellite Awards removed Laurie Metcalf (“Getting On”) from Best Comedy Actress and “Master of None” from Best Comedy Series nomination for the same reason; their slots were not refilled.

Asked to comment on the reason behind the additional rescissions of “Stranger Things” and “The Rocky Horror Picture Show,” as well as the inconsistent stance on replacements, MUAHS responded: “All nominations are vetted by the Rules and Regulations Committee of the MUAHS Guild Awards, and decisions are final as per the stated rules. If they do not conform to the rules, the submission is disqualified.” Winners will be announced at a ceremony on February 19.

Be sure to make your Oscar predictions so that Hollywood insiders can see how their films are faring in our Oscar odds. You can keep changing your predictions right up until just before nominations are announced on January 24 at 5:00 am PT/8:00 am ET. Be sure to read our contest rules. And join in the fierce debate over the Oscars taking place right now with Hollywood insiders in our forums.

There's no place like 'Homeland': Will Claire Danes and Mandy Patinkin return to the Emmys for the final…

Emmys slugfest: Bradley Whitford is still the drama guest actor favorite, but you 'Better' watch out for…