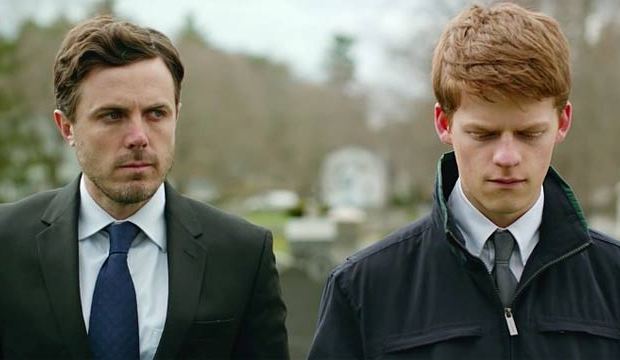 It’s been a long road to the Oscars for Kenneth Lonergan‘s “Manchester by the Sea.” A year after premiering at the 2016 Sundance Film Festival, the Amazon Studios release about a emotionally scarred man (Casey Affleck) who must return to his hometown to care for his nephew (Lucas Hedges) scored nominations for Best Picture, Best Director (Lonergan), Best Actor (Affleck), Best Supporting Actor (Hedges), Best Supporting Actress (Michelle Williams) and Best Original Screenplay (Lonergan). Hedges recently sat down with Gold Derby to chat about his role in the film.

Hedges described his character as having, “a very deep and profound longing and sadness.” Upon reading Lonergan’s script, he adds, “I could see that he was very charismatic and funny,” but at the same time had, “a deep, deep emotional well that grounds him in the reality of his situation.”

We also chatted with Lonergan on the red carpet at the DGA Awards, as well as producer Kimberly Steward, who is only the second African American woman to be nominated for Best Picture (the first was Oprah Winfrey for “Selma).

Click on any of the names below to be taken to their full interview:

Dish the Oscars in our notorious forums – Click Here

Click on any of the names below to be taken to their full interview: