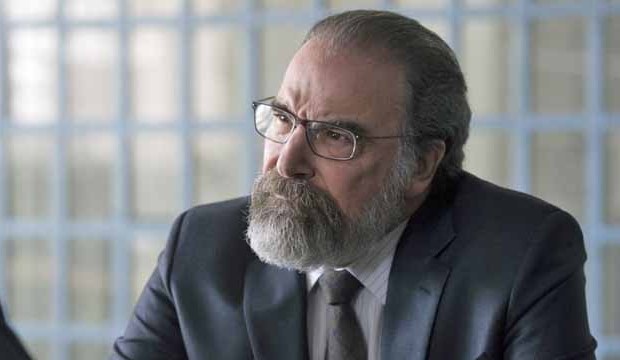 Gold Derby can exclusively reveal that Mandy Patinkin is entering the “Homeland” episode “America First” as his Emmy submission for Best Drama Supporting Actor. This installment of the Showtime program aired April 9 and was the 12th and final episode of the 6th season. For this segment, Saul Berenson (Patinkin) tries to speak with Carrie (Claire Danes) at the funeral for Quinn (Rupert Friend) (“Quinn died, and you’re still out there going a million miles an hour. You will hit a wall.”). He visits Dar (F. Murray Abraham) in prison, telling Saul his diabolical actions were to save America. Carrie receives a frantic call from Saul as he’s about to be arrested along dozens of others.

Last year’s champion for this category, Ben Mendelsohn (“Bloodline”), has jumped over to the guest acting race. Instead, Patinkin faces off with previous winners John Lithgow (“The Crown”) and Jeffrey Wright (“Westworld”), past nominees Jonathan Banks (“Better Call Saul”) and Michael Kelly (“House of Cards”), and rookie contenders David Harbour (“Stranger Things”) and Ron Cephas Jones (“This Is Us”).