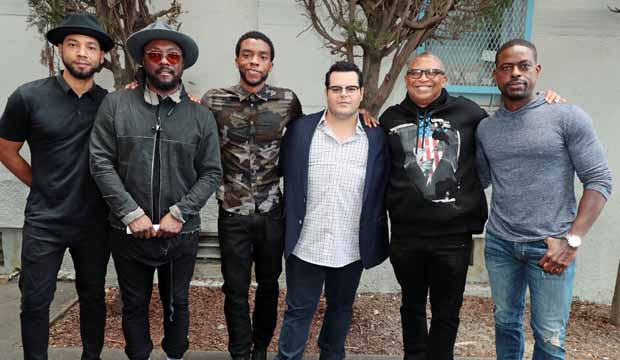 Considering the amount of previously nominated television (and film) actors in the cast of “Marshall,” I’m beginning to wonder whether it can contend for a highly coveted Outstanding Performance by a Cast in a Motion Picture nomination at the SAG Awards. “Marshall” tells a story of Thurgood Marshall (played by Chadwick Boseman), the first African-American Supreme Court Justice, early in his career as he argues in defense of a wrongly accused black man on behalf of the NAACP. Directed by Oscar-nominated producer Reginald Hudlin (“Django Unchained”), “Marshall” is the kind of film that is catnip for actors — with a wealth of showy performances, blending both drama and comedy together effortlessly, and period sets and costumes that make it feel like live theater the film could be exactly what Screen Actors Guild voters like to nominate.

SEE‘Marshall’ trailer: Will Chadwick Boseman be an Oscar contender in biopic? [WATCH]

The SAG Awards are decided by members of the SAG-AFTRA labor union that represents more than 100,000 actors and other media professionals. That makes them one of the largest voting bodies deciding awards in the run-up to the Oscars. Nominations are chosen by committees of only a couple thousand members, but many of those will be television actors, a block of voters that likely helped determine recently-nominated ensembles like “Hidden Figures,” “Fences,” “Trumbo” and “The Imitation Game,” all of which featured cast leads with recent SAG-nominated work in television.

One of the strongest performances in “Marshall” comes from Sterling K. Brown as Joseph Spell, the accused rapist in Marshall’s case. Brown’s list of accolades in his recent television work speaks for itself — on top of two Emmy wins and a Golden Globe nomination for his parts in “The People vs. O.J. Simpson” and “This Is Us,” he also has two SAG Award nominations under his belt for the same two series. As Spell, Sterling takes on a role as equally sympathetic as his beloved television characters.

Aside from Brown and Boseman, the cast also includes Kate Hudson, a two-time nominee (“Almost Famous” and “Nine”), Dan Stevens, a two-time nominee and winner for “Downton Abbey,” and James Cromwell, a five-time nominee (“L.A. Confidential,” “The Green Mile,” “The Artist,” and twice for “Six Feet Under”), as well as Jussie Smollett, best known for his work on “Empire,” and Josh Gad, who also has scene-stealing turns in this year’s “Beauty and the Beast” and “Murder on the Orient Express.”

Be sure to make your SAG Awards predictions so that Hollywood insiders can see how their films and performers are faring in our odds. You can keep changing your predictions until just before nominations are announced on December 13. And join in the fierce debate over the 2018 SAG Awards taking place right now with Hollywood insiders in our movie forums. Read more Gold Derby entertainment news.