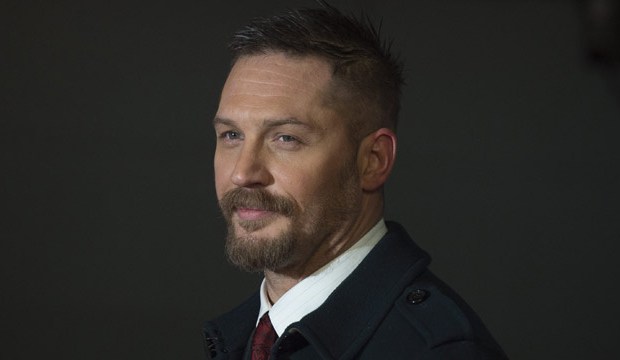 On Friday, May 19, it was announced that Tom Hardy has been cast as the title character in Sony’s upcoming “Venom” movie based on the Marvel Comics character. This will be Hardy’s second time playing a dark comic-book role. In 2012 he appeared in Christopher Nolan‘s “The Dark Knight Rises” as Bane, who fought Batman in an attempt to destroy Gotham City.

Bane came from the world of DC Comics, while Venom originates from Marvel. The character was originally conceived as a villainous adversary of Spider-Man, but eventually evolved into an antihero, which is how he’ll be portrayed in the upcoming film. Venom is a sentient alien Symbiote that requires a human host — in this case Eddie Brock.

The Venom character was first introduced on film as a villain in Sam Raimi‘s “Spider-Man 3” (2007), in which the character was played by Topher Grace. This new film — which is scheduled to bee released on October 5, 2018 — will be directed by Ruben Fleischer, whose past credits range widely from feature films “Zombieland” (2009) and “Gangster Squad” (2013) to TV comedies like “Superstore” and “Santa Clarita Diet.”

In addition to his role in “The Dark Knight Rises,” Hardy earned an Oscar nomination for Best Supporting Actor for playing a murderous fur trapper in “The Revenant” (2015). He has appeared in a couple more Oscar nominated action films, “Inception” (2010) and “Mad Max: Fury Road” (2015), and this summer he joins forces with director Nolan again for the World War II historical drama “Dunkirk.”

Do you think Tom Hardy is a good choice for “Venom”? Discuss this and more in our movie forum, and keep up with all the latest Gold Derby entertainment news.

Tony Awards: Josh Groban was 'over the moon' when he was nominated for 'The Great Comet'…