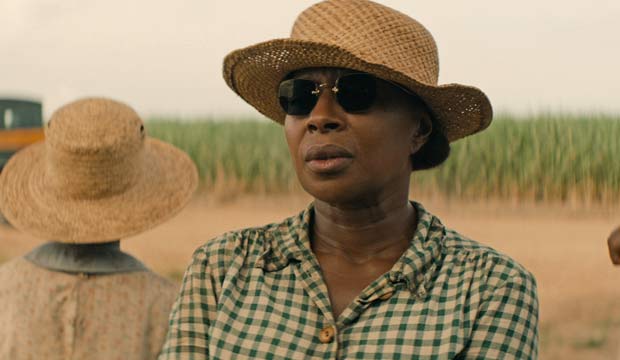 Among this year’s leading Oscar contenders in the category of Best Supporting Actress is Mary J. Blige, whose turn as the matriarch of a Mississippi family in Dee Rees‘ “Mudbound” has already earned her nominations at the Critics’ Choice Awards, Golden Globes and SAG Awards. Should Blige — who has won nine of her 31 Grammy bids — reap an Oscar nomination as well, she’ll join a elite group of musicians to do so.

The first musician to contend at the Oscars for acting was Bing Crosby, one of the best-selling recording artists of the entire 20th century. Crosby received three Best Actor nominations over his career, starting with his turn as the young priest Father Charles O’Malley in “Going My Way” (1944), a performance that won him the golden statue. Nominations followed for playing the same character in “The Bells of St. Mary’s” (1945) and then for portraying an alcoholic actor in “The Country Girl” (1954). Crosby lost to Ray Milland (“The Lost Weekend”) and Marlon Brando (“On the Waterfront”) on these latter two occasions.

Ol’ Blue Eyes himself, Frank Sinatra, earned two Oscar nominations for acting. He won Best Supporting Actor for his turn as a Pearl Harbor-based soldier in “From Here to Eternity” (1953) and followed this up with a Best Actor bid for portraying a former drug addict struggling to maintain sobriety in “The Man with the Golden Arm” (1954). This time, Sinatra lost to Ernest Borgnine (“Marty”).

With her portrayal of the title character in the musical “Carmen Jones” (1954), vocalist Dorothy Dandridge made Oscar history as the first African-American to earn a nomination in Best Actress. On Oscar night, Grace Kelly (“The Country Girl”) scored an upset over category front-runner Judy Garland (“A Star Is Born”).

The following year, another popular songstress, Peggy Lee, reaped a Best Supporting Actress bid for her turn as an alcoholic jazz singer in “Pete Kelly’s Blues” (1955), She lost to Jo Van Fleet (“East of Eden”).

Before emerging as beloved star of the big screen, Doris Day was a chart-topping big band singer. She received her sole career Oscar nomination in Best Actress for the romantic comedy “Pillow Talk” (1959), losing to Simone Signoret (“Room at the Top”).

In 1968, five years after the release of her first studio album, Barbra Streisand received her first Best Actress Oscar nomination for portraying comedienne Fanny Brice in “Funny Girl.” On the big night, Streisand tied Katharine Hepburn (“The Lion in Winter”) for the award. Five years later, she scored her second Best Actress bid for the romantic drama “The Way We Were” (1973) but lost to Glenda Jackson (“A Touch of Class”). Streisand was the first female composer to win Best Original Song win for “Evergreen” from “A Star Is Born” (1976) and has contended twice more in that category.

In between Streisand’s first and second acting Oscar nominations, Liza Minnelli garnered a pair of Best Actress nominations. Her first was for portraying a quirky teenager in “The Sterile Cuckoo” (1969) when she lost to Maggie Smith (“The Prime of Miss Jean Brodie”). Three years later she won for her riveting performance as Sally Bowles in “Cabaret” (1972). Among the four nominees that lost to Minnelli in 1972 was R&B favorite Diana Ross who reaped her only Oscar nomination for her portrayal of jazz legend Billie Holliday in “Lady Sings the Blues.”

In 1979, five years after winning the Grammy in Best New Artist, Bette Midler scored her first Oscar nomination for playing the Janis Joplin-inspired Mary Rose Foster in “The Rose.” More than a decade later, Midler earned another Best Actress nomination, this time as wartime entertainer Dixie Leonard in “For the Boys” (1991). Midler was not triumphant on either occasion, losing first to Sally Field (“Norma Rae”) and then to Jodie Foster (“The Silence of the Lambs”).

By the time of the release of “Silkwood” (1983), Cher was already a music superstar, having released 17 solo albums. Her performance as a co-worker and close friend of the title character, portrayed in the film by Meryl Streep, earned her a Best Supporting Actress Oscar nomination. While she lost on this occasion to Linda Hunt (“The Year of Living Dangerously”), she won four years later, this time in Best Actress for her turn as a widow who falls for her fiancée’s brother in “Moonstruck” (1987).

In 1986, acclaimed jazz saxophonist Dexter Gordon scored a Best Actor Oscar nomination for playing a musician struggling with alcoholism in “Round Midnight.” While Gordon would win a Grammy for the picture, he fell short at the Oscars to Paul Newman (“The Color of Money”).

Rapper and television star Will Smith made a successful transiton to the big screen in the 1990s and in 2001, he earned his first Best Actor Oscar nomination as legendary boxer Muhammad Ali in “Ali.” Five years later, another nomination followed for playing a homeless salesman in “The Pursuit of Happyness” (2006). Smith did not prevail on either occasion, losing first to Denzel Washington (“Training Day”) and then to Forest Whitaker (“The Last King of Scotland”).

Speaking of rappers who earned acting Oscar nominations in the 2000s, there was also Queen Latifah, recognized in Best Supporting Actress for her turn as the corrupt Matron “Mama” Morton in “Chicago” (2002), and Mark Wahlberg, up in Best Supporting Actor as a foul-mouthed Boston cop in “The Departed” (2006). Latifah and Wahlberg lost to Catherine Zeta-Jones (“Chicago”) and Alan Arkin (“Little Miss Sunshine”) respectively.

“American Idol” reject Jennifer Hudson was the first musician to win the Best Supporting Actress Oscar. She claimed the Oscar for her role in “Dreamgirls” (2006) as R&B singer Effie White, a role that won Jennifer Holliday a Tony Award more than two decades earlier.

Most recently, Jared Leto, who is lead vocalist of the rock band Thirty Seconds to Mars, won the Best Supporting Actor Oscar for his turn in “Dallas Buyers Club” (2013).