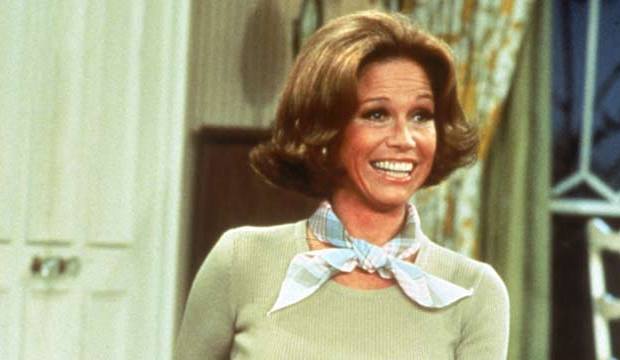 Mary Tyler Moore has died. The Emmy-winning and Oscar-nominated actress passed away Wednesday in Connecticut at the age of 80 following an extended illness. No one can live forever, much as we wish it, yet Moore’s work in film and television over the last 50 years will grant her an immortality long after her time here on Earth has passed.

Moore won seven Emmys, three Golden Globes, and a Tony throughout her career. For me, she’ll always be remembered for four essential roles: Laura Petrie on “The Dick Van Dyke Show” (1961-1966), Mary Richards on “The Mary Tyler Moore Show” (1970-1977), Beth Jarrett in “Ordinary People” (1980), and Pearl Coplin in “Flirting with Disaster” (1996). She had many others, including the musical “Thoroughly Modern Millie” (1967), the Elvis Presley comedy “Change of Habit” (1969), and the TV miniseries “Lincoln” (1988) – where she played Mary Todd – but those four are the ones that struck me the most, and continue to strike me in a personal, heartfelt way as the years go on.

I first saw Moore in reruns of “Mary Tyler Moore” and “Dick Van Dyke,” and like everyone else, I fell in love with this smart, funny, and strong woman. After a successful five season run as Laura Petrie, the long-suffering wife of a TV writer (Van Dyke), she pulled off the amazing hat-trick of starring in another successful sitcom, paving the way for Julia Louis-Dreyfus, Bea Arthur, Patricia Heaton, Betty White, and many others.

It’s hard to describe just how impactful her shows were, particularly the one that bore her name in the title. Before Mary Richards, the roles offered to actresses were mostly those of wives, mothers, and prostitutes. But this single, independent woman who moves to Minneapolis and starts life anew as a newsroom producer was a game changer in a decade that broke down many barriers.

Contrast her cheerful, upbeat TV persona with the icy, reserved mother she played in Robert Redford‘s “Ordinary People.” Call it stunt casting, but obviously Redford saw something in her, an extraordinary range that allowed her to delve deep into herself and pull off a career-best performance. She was rewarded with an Academy Award nomination for Best Actress (she lost to Sissy Spacek in “Coal Miner’s Daughter”) and won the Golden Globe for Best Drama Actress.

What stands out to me the most about this performance – and why it resonates so much after all these years – is the tremendous bravery it took. The actress admitted to pulling from personal experiences to play a grieving mother unable to move past the death of one son and the attempted suicide of another (Timothy Hutton). That pain is evident in every frame of the film, and a stark contrast to her brilliant comedic work.

SAG Awards: Who will be featured in Memoriam segment?

Now compare that to her excitable, temperamental mother in David O. Russell‘s screwball comedy “Flirting with Disaster.” It was a brilliant, bracing supporting turn that proved the actress had lost none of the charm and guts that made her a favorite for decades.

Her career as an actress is what most will remember her for, but she should be lauded as well for co-founding the production company MTM with her former husband, Grant Tinker. Many of the most groundbreaking and influential series of the time, including “St. Elsewhere,” “Hill Street Blues,” “The Bob Newhart Show,” “WKRP in Cincinnati,” “Rhoda,” “Lou Grant,” and of course, “Mary Tyler Moore,” were produced under the MTM umbrella.

In the theme song for “Mary Tyler Moore,” it was asked, “who can turn the world on with her smile?” I can’t think of a more apt description for a woman who firmly planted her foot in film and TV history.

Can Sandra Oh ('The Chair') pull off a SAG Awards shocker like Betty White did 10 years ago?

When are the SAG Awards 2022? How to watch the Screen Actors Guild Awards