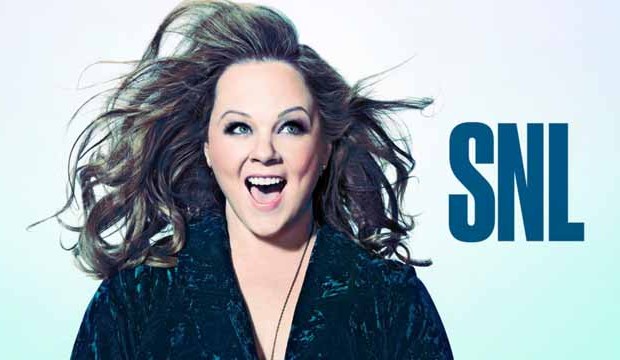 Melissa McCarthy joined the “Saturday Night Live” five-timers club this spring when she hosted the sketch comedy for the fifth time. She earned Emmy nominations for Best Comedy Guest Actress for every hosting gig, and now she has won this category for the very first time! Check out the complete list of winners here.

McCarthy made headlines for her performances as former White House press secretary Sean Spicer. Within just the last six years she has become a TV academy favorite, with three additional nominations for the CBS sitcom “Mike and Molly”; she won Best Comedy Actress for that show on her first try in 2011.

The actress faced fellow “SNL” guest host Kristen Wiig, who was also nominated for the eighth time, but she has never won. She also went up against Carrie Fisher, a posthumous nominee for her role in the Amazon streaming series “Catastrophe.” Fisher died unexpectedly last December at age 60, but she had already filmed her appearance in “Episode 6” from season three. This would have been Fisher’s first Emmy win on her third nomination, but this was the only bid for “Catastrophe” this year — compared to “SNL,” which has 22.

Angela Bassett was nominated for her performance in the “Master of None” episode “Thanksgiving,” which was also a hit with the academy’s writers branch. This was her fourth nomination, but she has yet to win. Wanda Sykes (“Black-ish”) earned a surprise nomination for her performance in the acclaimed episode “Lemons” about the election of Donald Trump. This was Sykes’s first Emmy bid for acting, but she’s a longtime Emmy favorite in other categories with seven previous nominations: two for producing and five for writing. She won Best Variety Writing in 1999 for her work on “The Chris Rock Show.”

Becky Ann Baker (“Girls”) was the only first-time nominee in this category, but she was also the only nominee who played a long-term recurring role on her series, though voters were specifically considering her performance in the episode “Gummies.”