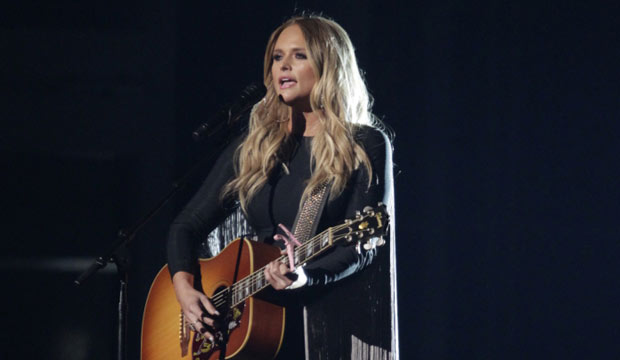 We’re predicting 11 categories at the 2017 Country Music Association Awards, and we’re forecasting that Miranda Lambert will come away with the most trophies when they’re handed out on Wednesday night, November 8, during a live telecast on ABC. Our predictions are based on the combined forecasts of hundreds of users at Gold Derby, including the Top 24 Users who got the highest scores predicting last year’s CMA winners, the All-Star Top 24 who got the highest scores when you combine their predictions from the last two years, and Gold Derby Editors who cover awards year-round. Scroll down for our complete CMA predictions by artist.

This would be Lambert’s third victory for Album of the Year, following wins for “Revolution” (2010) and “Platinum” (2014). And she previously won Music Video once, for “The House That Built Me” in 2010. But it’s the Female Vocalist race where she’s poised to make history. She already holds the record with six previous victories in that category (2010-2015); another prize would extend that record to an even more remarkable seven victories. Overall Lambert has won 12 CMAs in her career, so if our predictions hold true this year’s event will extend her total to 15.

Though we think Lambert will win most of her categories, the CMAs are expected to spread the wealth in the rest of the races, with no other artist predicted to win more than one award. See our predictions below to find out which other artists will be winners on Wednesday night.

LUKE BRYAN
Entertainer of the Year

SAM HUNT
Single of the Year — “Body Like a Back Road”