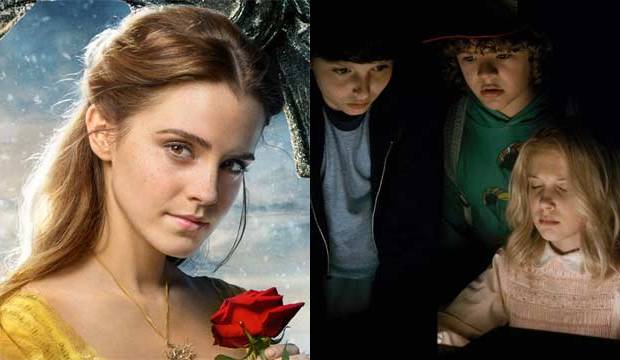 This year, after a quarter century, the MTV Movie Awards became the MTV Movie and TV Awards for the first time, but they still handed out a prize for Movie of the Year. That went to “Beauty and the Beast,” the live-action remake of the 1991 Disney animated classic. That billion-dollar blockbuster defeated “Rogue One: A Star Wars Story,” “The Edge of Seventeen,” “Logan” and “Get Out.” “Beauty” also won Best Actor in a Movie for Emma Watson. This was her first competitive victory at the MTV Awards after 10 previous nominations, though she did receive the honorary Trailblazer Award in 2013. Check out the complete list of winners here.

“Stranger Things” was the big winner in TV. The Netflix streaming series was awarded Show of the Year and Best Actor in a Show (Millie Bobby Brown). It’s an homage to the 1980s fantasy and horror classics of John Carpenter, Stephen King and Steven Spielberg, and tells the story of the search for a missing boy and the sudden appearance of a mysterious girl with telekinetic abilities.

Other TV winners included “RuPaul’s Drag Race” for Best Reality Competition, “Black-ish” for Best American Story, “This is Us” for Best Tearjerker (for Milo Ventimiglia and Lonnie Chavis‘s karate class scene) and “Grease: Live” for Best Musical Moment (“You’re the One That I Want”).

“Get Out” was the night’s top nominee with six bids, and two of its cast members prevailed. Daniel Kaluuya won the Next Generation Award for breakthrough talent, while his co-star Lil Rel Howery was awarded Best Comedic Performance.

Two Oscar contenders were honored during the telecast. Best Picture winner “Moonlight” was awarded Best Kiss for Ashton Sanders and Jharrel Jerome, which was significant because it’s the first truly romantic same-sex kiss to win that award since Jake Gyllenhaal and Heath Ledger in “Brokeback Mountain.” Also significant was the “Hidden Figures” victory for Best Fight Against the System for its depiction of African-American women fighting racism and sexism in NASA’s space program. Star Taraji P. Henson also won Best Hero.

Also fighting the system was Best Host winner Trevor Noah (“The Daily Show”), who used his acceptance speech to thank Donald Trump for giving him so much comedic material and to thank France for not electing right-wing nationalist candidate Marine Le Pen.

Trevor Noah explains why so many workers are going on strike