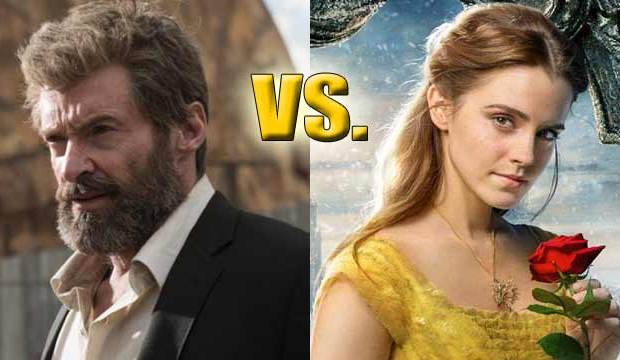 This year MTV added television to its annual movie awards for the first time in its history, but movie stars still get one category to themselves: Best Actor in a Movie. Based on our predictions, Hugh Jackman is the man to beat, getting leading odds of 5/4 for playing the title role in the unconventional superhero film “Logan,” which opened this past March to critical acclaim and big box office. It would be Jackman’s first victory at the MTV Awards.

Jackman has played Logan, aka Wolverine, in multiple films going back to “X-Men” 17 years ago. In 2001 he was nominated for Breakthrough Male Performance and Best On-Screen Team for that original film. Then in 2004 he and Kelly Hu contended for Best Fight for “X2: X-Men United.” He was nominated for Best Fight again in 2010 along with Liev Schreiber and Ryan Reynolds for “X-Men Origins: Wolverine.” In addition to Best Actor this year he’s also up for Best Duo with his young co-star Dafne Keen, which brings his career total to six nominations. Is this finally his year?

Not if Emma Watson has anything to say about it. The “Beauty and the Beast” star is a close second in our predictions with 11/5 odds, and even though she’s much younger than Jackman (she turned 27 in April), she’s arguably even more due for an MTV Movie and TV Award victory. She’s been nominated 10 times before, but she hasn’t won a competitive award. Seven of those bids were for her role as Hermione Granger in “Harry Potter” films from 2006 to 2012 and the last three were for “The Perks of Being a Wallflower” in 2013. She didn’t win any of those contests, but MTV gave her an honorary Trailblazer Award in 2013. Along with her Best Actor bid this year she and her co-star Dan Stevens compete for Best Kiss.

The remaining four nominees for Best Actor are farther behind, but don’t count them out. Ranked third with 4/1 odds is James McAvoy for playing multiple personalities in M. Night Shyamalan‘s thriller “Split.” McAvoy has only one previous MTV bid, Best Kiss with Angelina Jolie for “Wanted” in 2009, but McAvoy is also well known to audiences for playing a young Charles Xavier in the “X-Men” prequels, occasionally starring alongside his Best Actor rival Jackman.

Hailee Steinfeld (“The Edge of Seventeen”) ranks fourth, also with 4/1 odds. She first rose to fame thanks to her Oscar nominated breakthrough role in “True Grit” when she was just 14-years-old. She also earned an MTV Movie Award nomination for Best Breakout Star for that performance. But in this race voted on by online fans she’ll likely be helped by the fan base she has developed thanks to her music career and appearances in the “Pitch Perfect” films.

In fifth place with 9/2 odds is Taraji P. Henson for her performance as a pioneering NASA mathematician in the Oscar nominated “Hidden Figures.” She’s nominated three times this year between that film and her FOX drama series “Empire,” which brings her career nominations haul to six, but she has yet to win. “Hidden Figures” was a sleeper hit at the box office, though the historical drama may not be the kind of film that is likely to cross over to the Millennials of the MTV generation. Then again, as mentioned above, this is a popular vote of fans online, so her combined notoriety for both “Figures” and “Empire” could give her a boost in all of her categories: in addition to Best Actor, she’s a contender for Best Hero for “Figures” and Best Kiss with Terrence Howard for “Empire.”

Rounding out the category is newcomer Daniel Kaluuya for “Get Out.” He also has 9/2 odds. He’s such a fresh face that perhaps he hasn’t yet accumulated a large enough fan base to power him to a victory here, but he has the benefit of starring in the year’s most nominated film (“Get Out” contends for six MTV Awards), which is also one of the year’s most talked about films. He also has the benefit of two other nominations: Best Duo with Lil Rel Howery and the Next Generation Award. However, multiple nominations could hurt him as much as help. Since he contends in three categories, his fans may decide to vote for him elsewhere and spread the wealth by choosing someone else as Best Actor.

'Queen and Slim' reviews: 'An extraordinary Black Odyssey' from Lena Waithe and Melina…

'His Dark Materials' reviews: Is HBO's epic fantasy adaptation the next 'Game of…