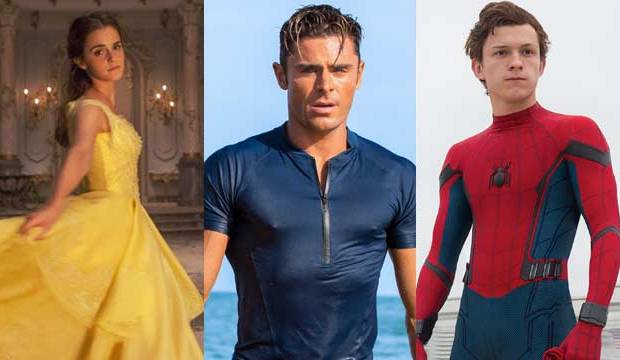 The MTV Movie and TV Awards will be handed out on May 7 during a live ceremony hosted by Adam Devine  from the Shrine Auditorium in Los Angeles, California, and simulcast on fellow Viacom networks Spike, Comedy Central, BET, TV Land, MTV2 and MTV Classic. And now MTV has announced numerous additional details for Sunday night’s show.

The show will also include three exclusive sneak peeks. Fans will get a glimpse of the upcoming Stephen King adaptation “It,” which will be presented by cast members Finn Wolfhard, Chosen Jacobs, Jack Dylan Grazer, Jaeden Lieberher, Jeremy Ray Taylor, Sophia Lillis and Wyatt Oleff.

The highly anticipated Marvel film “Spider-Man: Homecoming” will also get a sneak peek, resented by stars Tom Holland and Zendaya. And Mark Wahlberg will introduce a preview of “Transformers: The Last Knight.”

Will 'Spider-Man: No Way Home' be first pandemic movie to open with $100 million at U.S. box…

Amy Schumer ('The Humans'): 'I aspire to be more like' character Aimee [EXCLUSIVE VIDEO…

'Hawkeye' premiere recap: Clint Barton is too old for this sh--