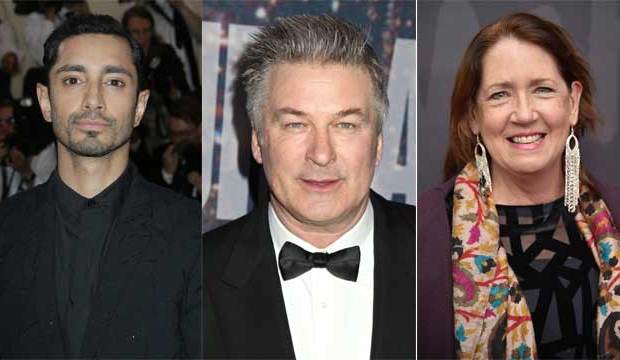 Earning one Emmy nomination is honor enough for any actor, but some are lucky enough to earn multiple bids in a single year. At last year’s Emmy Awards Sarah Paulson (“American Horror Story: Hotel” and “The People vs. O.J. Simpson”) and Keegan-Michael Key (“Key and Peele” and “Super Mansion”) earned two nominations each, while Laurie Metcalf earned three acting nominations for “Getting On,” “Horace & Pete,” and “The Big Bang Theory.” But this year is a vastly different story, as an astonishing eight actors are nominated for two or more performance awards at this year’s Emmys.

Double or triple nominations could bode well for at least a few of these nominees. In recent years, a number of performers with multiple bids have been victorious in at least one category, including Paulson last year (she won for “People v. O.J.”), Kathy Bates (nominated for “Harry’s Law,” won for “Two and a Half Men,” 2012), Jon Hamm (nominated for “Unbreakable Kimmy Schmidt,” won for “Mad Men,” 2015), Neil Patrick Harris (nominated for “How I Met Your Mother,” won for “Glee,” 2010), and Tina Fey (nominated for “30 Rock,” won for “Saturday Night Live,” 2009). But in other cases, as with Metcalf last year, they go home empty-handed.

Do you think any of this year’s double nominees will go home with multiple prizes? Check out the contenders below.

Ahmed earned his first two career Emmy nominations this year, one for his leading role as an accused murderer in HBO’s “The Night Of” and the other for his role as a love interest for Lena Dunham in the final season of HBO’s “Girls.”

A two-time Best Comedy Actor winner for “30 Rock” (2008-2009), Baldwin earned his 17th and 18th career nominations for his hosting duties on the revival of “Match Game” and for his recurring performances as Donald Trump on “SNL.”

After winning twice in the Comedy Supporting Actor category for “Modern Family” (2011, 2014), Burrell has earned his eighth consecutive nomination in that category, as well as an additional nomination for his work on the ABC digital series “Boondoggle.”

Longtime character actress Dowd earned her first Emmy nominations this year for her roles as the sadistic Aunt Lydia in “The Handmaid’s Tale” and as the sinister Patti Levin in the final season of “The Leftovers.”

In addition to his nomination for playing dual roles as feuding brothers on the most recent season of “Fargo,” McGregor earned an additional nomination for narrating a Nat Geo Wild documentary which focused on his home country of Scotland.

Rhys picked up his second consecutive nomination as a Russian spy in “The Americans” for that show’s fifth season, while earning an additional bid for playing a sexually aggressive professor in the final season of “Girls.”

Liev Schreiber — Drama Actor (“Ray Donovan”) and Narrator (“Muhammad Ali: Only One” and “UConn: The March To Madness”)

Schreiber received his third consecutive nomination for playing the title role in Showtime’s “Ray Donovan.” Meanwhile, he also competes against himself in the narrator category for two separate HBO sports documentaries. That makes him this year’s only three-time performance nominee.

The veteran character actress and voice-over artist earned her first two career Emmy nominations for acting in two different web series. In “Con Man” she plays a booking agent for a former sci-fi star, and she’s featured in “secs & EXECS” as an assistant for a women’s wear executive.