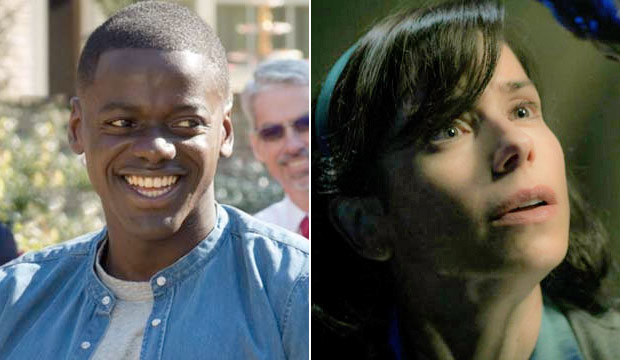 Now that we know the winners of this year’s National Board of Review Awards, it’s time to delve into our movie forums to see what our fearless readers have to say. Our forum posters were generally split on what they thought of the 2017 ceremony recipients, with lots of cheers for “Get Out” winning Best Ensemble as well as a directorial achievement prize for Jordan Peele, and several boos for the head-scratching snubs of “The Shape of Water” and “Three Billboards Outside Ebbing Missouri.”

Below, see a sampling of our readers’ comments divided into their biggest cheers and boos, and then be sure have YOUR say by joining the fun discussion in our forums.

Tyler The Awesome Guy: “Yeah my favourite actor Tom Hanks got an award. I hope this means an Oscar nom for him. Also I think ‘Downsizing’ looks good so I am happy for its inclusion.”

Andrew Carden: “Delighted as I am by the recognition for Laurie Metcalf, the last NBR Supporting Actress winner to score the Oscar was … Penelope Cruz.”

PerksofBeingGriff: “Allison Janney (‘I, Tonya’) will probably pull off the win at the big awards, but I am so glad we will see Metcalf at every one of these awards too. Such deserving women.”

Foolio on “The Shape of Water” snubs: “I guess people have been overestimating ‘The Shape of Water’s’ chances dramatically. Shame, since it truly is a gem of a film and a career-best for Guillermo del Toro as well as Sally Hawkins.”

forwardswill on “Three Billboards” snubs: “Last time Best Picture winner missed NBR top ten was 2003 (‘LOTR 3’ — they never nominated any of them). Is this the end of the road for ‘Three Billboards’?”

Sentinel666 on James Franco (“The Disaster Artist”) losing Best Actor: “I’m so disappointed that Franco didn’t win Best Actor, but every year there is a least one [NBR acting winner] which isn’t nominated at Oscars.”

pacinofan: “‘The Post’ could be a fine film but this seems like the NBR going back to making the safest, most conventional choices rather than the group that recently gave best picture awards.”