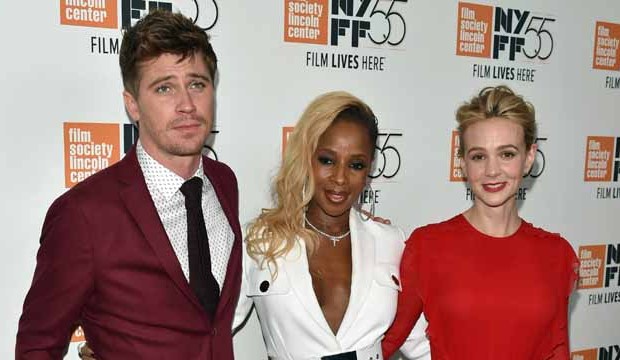 “Mudbound,” which is currently in 12th place to claim the Best Picture Oscar according to our 24 experts, just won the Audience Award for Best Narrative at the Middleburg Film Festival. While this film fest based in suburban D.C. is only in its fifth year, the winner of this specific award has factored into the Oscar race in a big way. Every winner of this prize has gone on to at least be nominated for Best Picture: “Philomena” in 2013, “The Imitation Game” in 2014, “Spotlight” in 2015 (Oscar champ), and “Lion” in 2016. This trend would be very important for the film as Netflix has not done well so far in scoring Oscar nominations outside of the documentary categories.

The film by Dee Rees, who also received the Visionary Award from the festival, stars Jason Mitchell, Garrett Hedlund, Carey Mulligan, Jason Clarke and Mary J. Blige. It tells the story of two men (Mitchell and Hedlund), one black and one white, who return from fighting in World War II to their homes in rural Mississippi. As they both struggle to reintegrate themselves into society, they both also must face the deeply embedded racism that still affects the place they live. “Mudbound” beat out several other major contenders in this year’s Oscar race including “Darkest Hour,” “Call Me By Your Name,” “Three Billboards Outside Ebbing, Missouri,” “Lady Bird,” “Last Flag Flying” and “I, Tonya.”

In just five years, the festival has quickly established itself as one of the most important stops for films hoping to capture Oscar buzz. To date, 28 of the films that have screened here have gone on to collect a total of 91 nominations, including 10 for Best Picture. In addition to the movies that won the Audience Award as well as “Nebraska” and “Brooklyn,” four of last year’s selections scored nominations: “Lion,” “Manchester by the Sea,” “La La Land” and eventual winner, “Moonlight.”

Out of the 91 nominations, the films screened at Middleburg have won 15 Academy Awards all together. “The Imitation Game” took Adapted Screenplay in 2014 and “Spotlight” won Best Picture and Original Screenplay in 2015. Last year’s festival had films that would collect 12 Oscars: “Moonlight” (Picture, Supporting Actor and Adapted Screenplay), “La La Land” (Directing, Actress, Original Score, Original Song, Cinematography and Production Design), “Manchester by the Sea” (Actor and Original Screenplay) and “The Salesman” (Foreign Language Film).

The town of Middleburg is located in the Northern Virginia exurbs of Washington, D.C. to the east of the majestic Shenandoah Valley and the Blue Ridge Mountains. While it’s only home to about 750 people, the town lies in the southwest region of Loudoun County, a booming commuter region with one of the highest median incomes in the entire country. This mixture of beautiful country aesthetics situated not too far from the power center of the country have helped the festival firmly establish its identity in such a quick period of time.

Sheila Johnson launched the festival as a way to showcase the town. She was a co-founder of Black Entertainment Television with her then-husband Robert in 1980 and has gone on to be a co-owner of several Capital area sports teams. In addition, she started that manages several resorts including the luxurious Salamander Resort and Spa, which plays host to the festival.