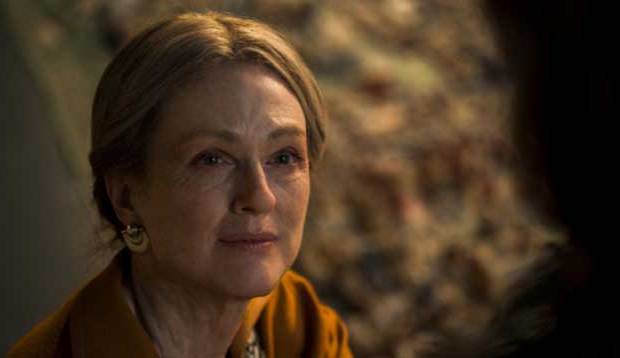 Todd Haynes is returning to the New York Film Festival this fall with “Wonderstruck.” His warm-hearted family film just landed the coveted Centerpiece slot at this festival which runs from Sept.28 to Oct. 15. Haynes has enjoyed great success at this festival with three other films: “Velvet Goldmine” (1998); “I’m Not There” (2007); and “Carol” (2015).

“Wonderstruck” screened  at Cannes in May and established itself as a strong Oscar contender. Brian Selznick, who wrote the children’s book that was the basis for Martin Scorsese‘s Oscar-winning “Hugo,” adapted his 2011 bestselling juvenile novel for Haynes.

The story takes place in both 1927 and 1977. At the height of the jazz age a deaf girl, Rose (Millicent Simmonds in her screen debut), travels to Manhattan in search of her idol, silent film star Lillian Mayhew (Julianne Moore). Fast forward half a century and Ben (“Pete Dragon” star Oakes Fegley), who is also deaf, runs away from his Midwestern home after the death of his mother (Michelle Williams) to search for his father. Their two tales eventually become interconnected.

Haynes holds an Oscar IOU. Two years ago, his period piece “Carol” was a critical darling. This romance about a 1950s housewife (Cate Blanchett) who falls in love with a shopgirl (Rooney Mara) won Best Picture from the New York Film Critics but was snubbed in the top race by the academy.

With “Wonderstruck,” Haynes chose to tell Rose’s half of the story in the style of a silent film. There is no dialogue or even background noise and it is shot in black-and-white, albeit in a widescreen format. Ben’s part of the plot allows Haynes and his long-time collaborator lenser Edward Lachman to recreate the grittiness of films from the 1970s. Lachman was Oscar nominated twice for his work with Haynes: “Carol” and “Far From Heaven” (2002).

Expect the guilds and academy branches to embrace the double doses of production and costume design in “Wonderstruck.” Production designer Mark Frieberg earned an Emmy nomination for his work with Haynes on “Mildred Pierce.” And three-time Oscar-winning costumer Sandy Powell earned the most recent of her 12 nominations for “Carol”; she also contended in 2015 for “Hugo.”

The score by Carter Burwell, who reaped an Oscar bid for “Carol,” does much to signal the shifts in time periods. And Emmy nominee Affonso Goncalves (“True Detective”) cuts between the two very different stories in such an effortless way that he could reap his first recognition from the film editors.

Amazon Studios has teamed up with Roadside Attractions to release the film on October 20. Last year, Amazon and Roadside enjoyed great success with “Manchester by the Sea” which contended for six Oscars, including Best Picture. It won Best Actor (Casey Affleck) and Best Original Screenplay for director Kenneth Lonergan. Williams, who also featured in a small role in that movie, reaped a supporting actress bid.