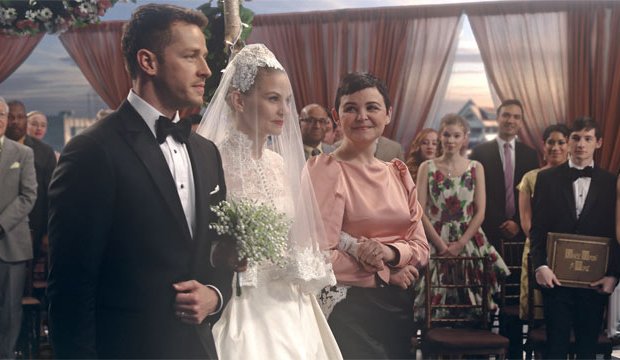 While Lana Parrilla has admitted to Gold Derby that she is “very happy to be coming back” as the Evil Queen for Season 7 of “Once Upon a Time,” next year will feel quite different as Jennifer Morrison (Emma Swan), Ginnifer Goodwin (Snow White), Josh Dallas (Prince Charming), Jared Gilmore (Henry), Emilie de Ravin (Belle) and Rebecca Mader (Zelena) have all left the ABC fantasy series. We’ll see more of Henry in the form of new cast member Andrew J. West, who’s now playing the adult version of the character that was introduced last year. But of the five departing characters, who will you miss the most? Vote in our poll below.

As for why she decided to leave “Once Upon a Time,” Morrison told TV Line, “Emma had reached a really beautiful place.” In the final episodes of Season 6, Emma got married to Colin O’Donoghue‘s Captain Hook (who is returning next year) and helped defeat the Black Fairy. Since Emma’s storyline wasn’t wrapped up with a nice bow on top, Morrison will reportedly return for a single episode next year to have an official on-camera goodbye.

Like Emma, both Snow White and Prince Charming were with the show since the pilot episode and served as the most prominent characters (along with the Evil Queen/Regina). How will “Once” carry on without the central family unit? Hints were divulged in the season finale when we saw a future version of Henry, which suggests there will be a massive time jump next year. The Season 7 premiere episode title is “Hyperion Heights.”

Belle first popped up in the Season 1 episode “Skin Deep,” with de Ravin soon being promoted to a series regular. Her on-and-off again relationship with Rumplestiltskin (Robert Carlyle) will hopefully be addressed in the new season, as he will still be a major part of the show despite Belle’s absence. And Zelena made her wicked entrance in the Season 3 hour “New York City Serenade,” with fans soon discovering that she was the sister of Regina who was sent to Oz at an early age by her mother Cora.