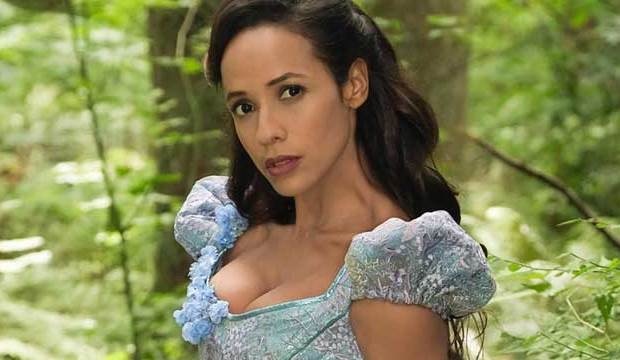 “Once Upon a Time” will be back on ABC this fall on a new night (Friday) and with an almost entirely new cast. Creators Adam Horowitz and Edward Kitsis are taking the fantasy show in a new direction and have been on a hiring spree. They just signed Dania Ramirez, who broke hearts as a woman separated from her son on “Devious Maids,” to be the mother of one of the new main characters, Lucy (Alison Fernandez) who has her own book of fairy tales and goes in search of her father, a grown-up Henry (Andrew J. West).

When we didn’t know yet how Ramirez would fit into the story of Storybrooke, we canvassed our readers. A whopping 68% thought that she would be playing a hero and this was confirmed at the D23 convention on Sunday by Kitsis. “Dania Ramirez will be playing a different version of Cinderella. If we remember Henry’s grandfather is Prince Charming [Josh Dallas], so we have the grandson of Prince Charming with a new Cinderella.”

Dallas is among those exiting the show after six seasons along with Ginnifer Goodwin who played his wife Snow White, Jennifer Morrison who was their daughter Emma Swan and Jared Gilmore who played her son Henry. Also out are Emilie de Ravin, who joined in season one as Belle, and Rebecca Mader, who first appeared as the Wicked Witch in season three and signed on as a regular in season five.