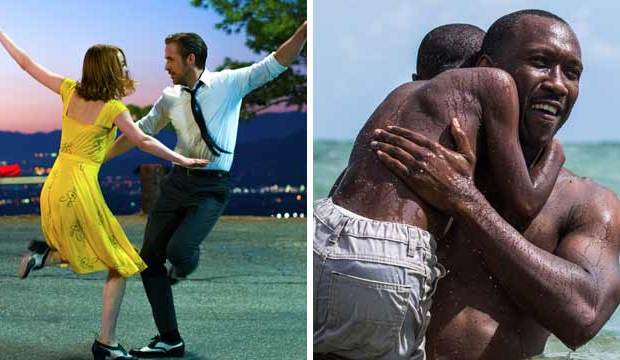 “La La Land,” Barry Jenkins, Denzel Washington, and Meryl Streep could all break several Oscar records when awards are handed out on Sunday, February 26. Below, we offer up 12 facts, stats, and figures regarding this years nominees announced on Tuesday:

Barry Jenkins (“Moonlight”) could become the first African American to win the Oscar for Best Director. He is only the fourth black filmmaker to be nominated by the director’s branch, following John Singleton (“Boyz N the Hood”), Lee Daniels (“Precious”), and Steve McQueen (“12 Years a Slave”). He is also the second to receive a writing nomination (following Singleton), and the third to direct a Best Picture nominee.

Should he win Best Actor, Denzel Washington (“Fences”) could become only the seventh performer in history to win three acting Oscars, and the first African American to do so. The all-time champ is Katharine Hepburn with four, followed by Ingrid Bergman, Walter Brennan, Daniel Day-Lewis, Jack Nicholson, and Meryl Streep with three each.

Meryl Streep breaks her own nominations record, and could tie Katharine Hepburn’s

Speaking of Streep, she broke her own record Tuesday with her 20th nomination, more than any other performer in history. If she wins Best Actress for “Florence Foster Jenkins,” she’ll tie Hepburn’s all-time win record amongst actors with four.

Following her surprise Golden Globe victory, Best Actress nominee Isabelle Huppert (“Elle”) could become one of a handful of actors to win an Oscar for a foreign language performance. She’d be only the third to do so in her category, following Sophia Loren (“Two Women”) and Marion Cotillard (“La Vie en Rose”). Other thespians who won for non-English roles are Robert De Niro (“The Godfather, Part II”), Roberto Benigni (“Life is Beautiful”), and Benicio Del Toro (“Traffic”). Penelope Cruz (“Vicky Cristina Barcelona”) and Christoph Waltz (“Inglourious Basterds”) as well gave most of their Oscar-winning performances in different languages.

With his Best Original Song citation for “Moana,” Tony, Grammy, and Emmy victor Lin-Manuel Miranda stands the chance of becoming an EGOT. He would be only the 13th person in history to achieve this honor, and the youngest to boot.

Diversity throughout the acting nominees

This years nominations were a banner year for diversity, and one bit of history was made in Best Film Editing, where Joi McMillon (“Moonlight”) became the first African American woman ever nominated in that category. Could she become the first winner?

“Kubo and the Two Strings” became the second animated film to be nominated for Best Visual Effects. The first was “The Nightmare Before Christmas” (1993), another stop-motion feature.

Thomas Newman is the Roger Deakins of composers: nomination after nomination without a win. Could his bid for “Passengers,” his 14th overall and 13th for Score, bring him his first victory? Of note, he’s the only prior contender amongst the nominees.

Speaking of which, there are several double-digit nominees through the sound categories vying for their first victory. Among them are stalwarts Wylie Stateman (“Deepwater Horizon”) on bid #8, Greg P. Russell (“13 Hours”) on #17, and perpetual bridesmaid Kevin O’Connell (“Hacksaw Ridge”), competing for the 21st time.

Make your Academy Awards picks now and tell industry insiders which films and performers you have out front to win on February 26th. You can keep changing them until just before show time. Be sure to make your predictions right here. You’ll compete for a place of honor on our leaderboard and a starring role in next year’s Top 24 Users (the two dozen folks who do the best predicting this year’s nominees). Read our contest rules.