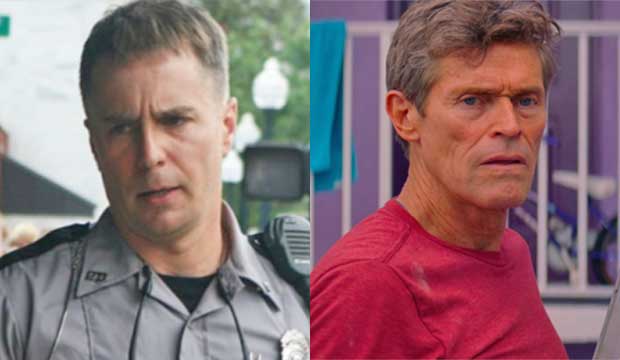 According to our 24 Oscar experts from major media outlets, Sam Rockwell (“Three Billboards Outside Ebbing, Missouri”) has caught up to long-time frontrunner Willem Dafoe (“The Florida Project”) in the race for Best Supporting Actor. Each of them now has the backing of eight experts and odds of 10/3 to win an Oscar. (See the rankings of the experts in 19 Oscar categories.)

This Academy Award often goes to an actor who has been overlooked by the academy in the past. Rockwell, who has never been nominated despite acclaimed turns in such films as “Conviction,” could win for his scene-stealing work as a racist police offer in Martin McDonagh‘s dark drama. Another expert expects his co-star, two-time Oscar nominee Woody Harrelson, to win for his role in thatas a dying police chief.

Dafoe, a well-respected character actor, lost this race back in 1986 for his role in the Best Picture “Platoon” and again in 2000 for “Shadow of the Vampire.” He could finally win for his sensitive portrayal of a kindly hotel manager in Sean Baker‘s sophomore film.