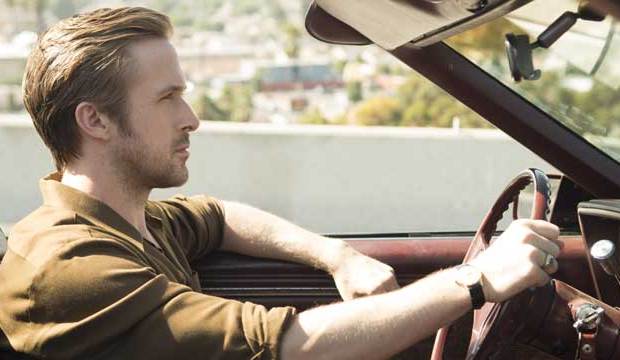 With 1/4 odds from our 27 movie Experts, “La La Land” is predicted to win Best Cinematography at Sunday’s Academy Awards. It’s photographed by Linus Sandgren, who is nominated for his first Oscar. Sandgren has already won at the Critics’ Choice Awards and BAFTAs for his work on the movie musical, which has a remarkable 13 other nominations including Best Picture at the 2017 Oscars airing live Sunday on ABC and hosted by Jimmy Kimmel.

In second place is “Arrival” with 10/1 odds; the two Experts picking that acclaimed sci-fi film to win are Eric Deggans (NPR) and Kevin Polowy (Yahoo). It’s lensed by Bradford Young, who is also a first-time Oscar nominee. This season he has also earned nominations at the Critics’ Choice Awards, BAFTAs and American Society of Cinematographers (ASC) Awards.

“Lion” is close behind that with 11/1 odds based on support from two Experts: Thelma Adams (Gold Derby) and Paul Sheehan (Gold Derby). Greig Fraser shot this biographical drama about a young man searching for his lost family in India. This is his first Oscar nom, and he has already pulled off an upset victory against “La La Land” at the ASC Awards in addition to a nomination at the BAFTAs.

Much further behind are “Moonlight” (James Laxton) with 50/1 odds and “Silence” (Rodrigo Prieto) with 80/1 odds. Laxton is a first-time Oscar contender, while Prieto is the only nominee in this contest with a previous bid (“Brokeback Mountain,” 2005).

According to our overall combined odds featuring the predictions of all Experts, Editors, Top 24 Users (those who did the best at their winner picks last year), All-Star Top 24 (who got the highest scores when you combine the last two years’ Oscars) and All Users, the rankings are nearly same. The favored pick of over 2,700 people is “La La Land” with even stronger 2/9 odds over “Lion” with 14/1 odds. “Arrival” follows with 16/1 odds, and then “Moonlight” at 25/1 and “Silence” at 50/1.

Lucky for these nominees that Emmanuel Lubezki took the year off. That reigning Oscar champ for Best Cinematography won for an unprecedented three years in a row (2013’s “Gravity,” 2014’s “Birdman,” 2015’s “The Revenant”). On the contrary, almost all of this year’s nominees are Oscar rookies, and all of them would be first-time winners.