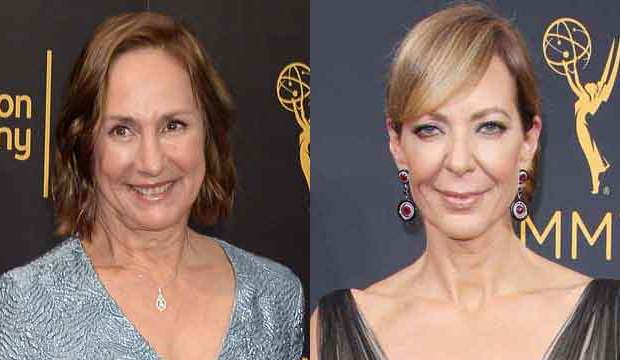 Sixty percent of our Oscar experts from major media outlets are predicting that Laurie Metcalf will win Best Supporting Actress at this year’s Academy Awards for her scene-stealing turn as a hardworking nurse at odds with her headstrong daughter (Saoirse Ronan) in “Lady Bird.” This recent Tony Awards champ (“A Dolls House Part 2”) now has the backing of 15 experts, which translates into leading odds of 11/5. This TV favorite won Best Comedy Supporting Actress at the Emmys three years running for “Roseanne” beginning in 1992.

Seven-time Emmy champ Allison Janney (two of those wins were for her current featured role on the comedy “Mom”) is in second place for her showy role in “I, Tonya” as the foul-mouthed, chain-smoking mother of disgraced Olympic hopeful Tonya Harding (Margot Robbie). She has the votes of nine experts, which equals odds of 10/3.

In third place is 1993 Best Actress winner Holly Hunter (“The Piano”) for her critically acclaimed performance as an overbearing mother in “The Big Sick.” This four-time Oscar nominee has two experts in her corner and odds of 7/1 to finally pick up an Academy Awards bookend.

Also hoping for a second Oscar is past category winner Octavia Spencer for her supporting role as a supportive friend in “The Shape of Water” with odds of 10/1. She won this award in 2011 for “The Help” and vied here last year for “Hidden Figures.”

Rounding out the top five is 2010 Best Supporting Actress champ Melissa Leo, who is riveting in her role as a merciless Mother Superior in “Novitiate” and has odds of 14/1.