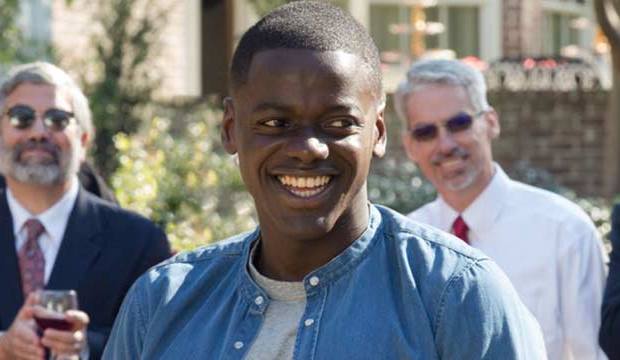 Universal just sent Oscar voters screeners of “Get Out,” one of its biggest hits of the year. This low budget first film by multi-hyphenate Jordan Peele is ostensibly a horror flick but delves deftly into racial issues and had critics crowing. Indeed, it merited a near perfect Rotten Tomatoes score of 99, of which not even the likes of last year’s top Oscar contenders, including Best Picture champ “Moonlight,” could boast. Audiences flocked to the film, and it took in an impressive $175 million domestically. Peele is definitely in contention for both his original script and helming while Gregory Plotkin could reap a film editing bid for his expert cutting of this suspenseful film.

In “Get Out,” Rose (Allison Williams) and Chris (Daniel Kaluuya) have reached a point in their relationship when it is time to meet her parents (Catherine Keener and Bradley Whitford). Chris is apprehensive because Rose has not told her parents that Chris is black. And while the parents seem initially friendly, Chris begins to suspect that something in this mostly white suburban community is amiss, and possibly sinister.

To date, screeners of films have been delivered to members of the motion picture academy who vote on the Academy Awards nominations.  Below, a list of these titles with the most recent first.