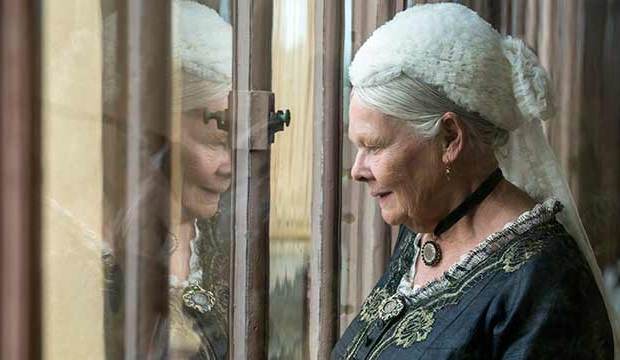 Twenty years ago, Dench reaped her first Oscar bid for playing Queen Victoria in “Mrs. Brown,” which told the moving story of the widowed monarch’s friendship with Scotsman John Brown (Billy Connolly) soon after her beloved Prince Albert died in 1861. Stephen Frears‘ new film, set in 1887, chronicles the relationship between the monarch, who is celebrating her golden jubilee, and her new Indian servant Abdul  Karim (Ali Fazal). Over the ensuing years, he becomes one of Victoria’s most trusted confidantes, which is a cause for concern among the royal courtiers.

Richard Linklater‘s “Last Flag Flying” is a sequel to the 1973 Oscar contender “The Last Detail,” with Bryan Cranston taking on Jack Nicholson’s nominated role of a salty sailor. Linklater’s last film, “Boyhood,” was a leading Oscar player three years ago, winning Best Supporting Actress for Patricia Arquette, and contending in five other categories including Best Picture. Linklater was nominated for both his helming and scripting.

Netflix paid $12.5 million for distribution rights to Dee Rees‘s “Mudbound.”  The director, best known for “Pariah,” worked with Virgil Williams to adapt Hillary Jordan‘s acclaimed novel of the same name about a WWII vet (Jason Clarke) who moves with his wife (Carey Mulligan) to rural Mississippi. They befriend an African American vet (Jason Mitchell) and his wife (Mary J. Blige) who work as sharecroppers. Netflix plans to promote the picture in the fall with a slew of events geared to awards voters before it premieres on the streaming service.

To date, the following screeners of films have been delivered to members of the motion picture academy who vote on the Academy Awards nominations.  Below, a list of these titles with the most recent first.