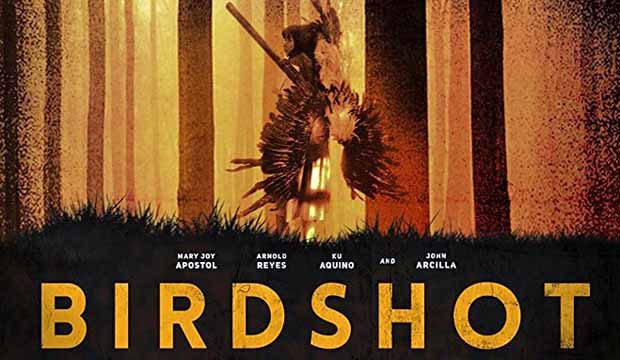 The Philippines’ selection to compete for the Oscar for Best Foreign Language Film is “Birdshot,” a thrilling coming of age story about Maya, a 14-year-old farm girl who embroils herself and her father in a contentious investigation with the local police after she shoots and kills an endangered Philippine eagle. Directed by Mikhail Red, “Birdshot” hopes to become the Philippines’ first film nominated by the Academy Awards since the country began competing in the race in 1953.

A record total of 92 countries submitted a film for consideration this year, narrowing down to a short list of nine titles by the special committee announcing in December. Of those nine, five will be named as nominees when the full set of Oscar nominations are revealed on January 23, 2018.

Being only her second acting credit since her debut in 2012’s “Unawa,” “Birdshot” is a stunning and star-making achievement for its 19-year old lead actress Mary Joy Apostol. Though only half of the story being told, Apostol plays Maya’s journey from novice birdhunter to self-assured young woman with a command and confidence reminiscent of Quvenzhane Wallis‘ Oscar-nominated performance in “Beasts of the Southern Wild.” In fact, “Birdshot” shares many similarities with that Oscar darling film in its portrayal of the relationship between a single father and his daughter’s self-discovery amidst the unavoidable dangers present in their rural and somewhat forgotten worlds. The film also features breathtaking photography from cinematographer Mycko David and a moving score by Teresa Barrozo. Of the cast, Apostol is supported by a trio of excellent turns from Arnold Reyes, who plays the naive police detective Domingo, John Arcilla, playing the corrupt policeman Mendoza, and Ku Aquino, as her protective father Diego.

If nominated, “Birdshot” would join the ranks of Australia’s “Tanna” (2016), Jordan’s “Theeb” (2015), Mauritania’s “Timbuktu” (2014), Estonia’s “Tangerines” (2014) and Cambodia’s “The Missing Picture” (2013) that have stringed together four consecutive years of at least one nominee being its country’s first in Oscar history. This is also director Red’s first time with a film in contention. His only other feature film is 2014’s “Rekorder,” which won a handful of film festival awards, but was not selected as the Philippine submission for Oscar.