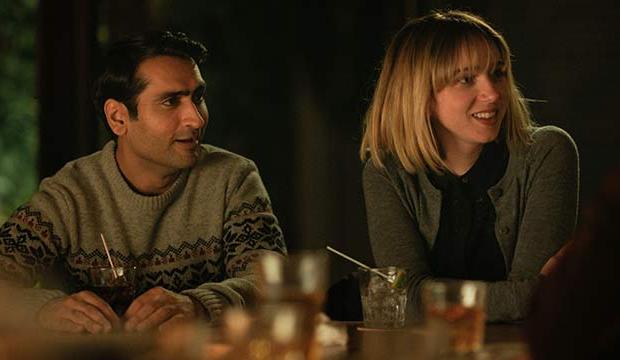 Amazon just sent Oscar voters screeners of the critically acclaimed “The Big Sick” while Fox Searchlight delivered its deft comedy “The Battle of the Sexes” and Netflix couriered copies of Angelina Jolie‘s “First They Killed My Father.”

“The Big Sick” ranks as one of the best reviewed movies of the year. This romantic comedy with a twist stars “Silicon Valley” scene stealer Kumail Nanjiani, who is Pakistani-American. He and his wife Emily V. Gordon penned the script based on their interracial relationship, which was further complicated by her serious illness. She is played in film by Emmy nominee Zoe Kazan (“Olive Kitteridge”), while Oscar winner Holly Hunter (“The Piano”) and Emmy champ Ray Romano (“Everybody Loves Raymond”) steal scenes as her less-than-understanding parents. It’s directed by Michael Showalter, a comedian in his own right who also helmed last year’s”Hello, My Name is Doris” starring two-time Oscar winner Sally Field.

“Battle of the Sexes,” the new film by “Little Miss Sunshine” co-directors Jonathan Dayton and Valerie Faris, recounts the 1973 tennis match between Billie Jean King (Emma Stone) and chauvinistic male tennis star Bobby Riggs (Steve Carell). The match became a focal point in the national debate over women’s equality. It became one of the most watched sports events in TV history.

“First They Killed My Father,” which opened on Sept. 15 to rave reviews, chronicles the horrific childhood of Loung Ung under the deadly Khmer Rouge of the 1970s. Cambodia has submitted it for Oscar consideration as Best Foreign Language Film. There had been some question as to whether the current government of Cambodia would endorse the film in such a public manner.

To date, the following screeners of films have been delivered to members of the motion picture academy who vote on the Academy Awards nominations.  Below, a list of these titles with the most recent first.